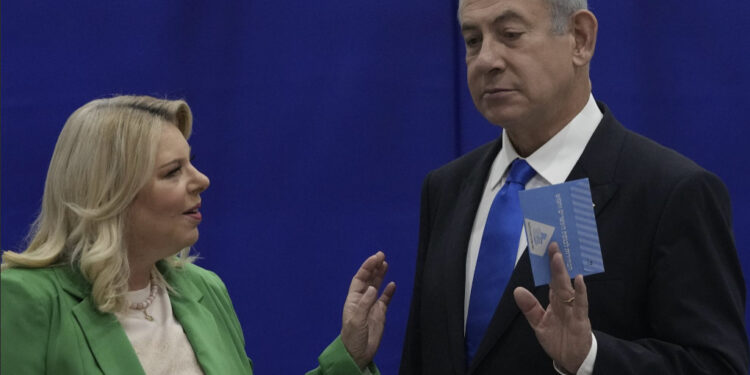 Former Prime Minister Benjamin Netanyahu appeared to hold a narrow lead early Wednesday in Israeli elections, according to exit polls, potentially paving the way for a return to power thanks to a boost from an extreme right-wing ally known for inflammatory anti-Arab comments.

The exit polls were preliminary, and the final results could change as votes are tallied. However, they pointed to a continued rightward shift in the Israeli electorate, further dimming hopes for peace with the Palestinians and setting the stage for possible conflict with the Biden administration and Israel’s supporters in the U.S.

Tuesday’s election was Israel’s fifth in less than four years, with all of them focused largely on Netanyahu’s fitness to govern. On trial for a slew of corruption charges, Netanyahu is seen by supporters as the victim of a witch hunt and vilified by opponents as a crook and threat to democracy.

The vote, like past elections, was tight. The exit polls on Israel’s three major television stations all predicted that Netanyahu and his hard-line allies would capture 61 or 62 seats in parliament, giving him the majority in the 120-seat parliament needed to govern.

But the polls showed a small Arab party close to crossing the threshold required to enter parliament — a development that could erase his slim majority.

Elections officials worked through the night tallying votes. Early on Wednesday, nearly 45% of the ballots had been counted, and the final outcome remained unclear.

If Netanyahu’s allies emerge victorious, it could still take weeks of negotiations for a coalition government to be formed. Continued deadlock and a new round of elections are also a possibility.

Speaking in Jerusalem in the middle of the night, Netanyahu asked his supporters to have patience and said his Likud Party was “on the verge of a very big victory.”

Perhaps fearing that Arab voters would deny him victory, Netanyahu tweeted allegations of violence and vote tampering at Arab polling stations. He provided no evidence, and the country’s nonpartisan Central Elections Committee dismissed the “baseless rumors.”

Netanyahu later said he was “asking for total electoral purity because that’s the basis of democracy.”

Arabs make up some 20% of Israel’s population and have been a key factor in blocking Netanyahu in recent elections. But this time around their vote was split among three different factions, each of which was at risk of falling below the threshold, which would mean those votes were wasted.

Netanyahu was Israel’s longest-serving prime minister, governing for 12 consecutive years – and 15 years altogether – before he was ousted last year by a diverse coalition led by the centrist Yair Lapid.

But the coalition that Lapid cobbled together, which included the first Arab party ever to join a government, was ravaged by infighting and collapsed after just one year in power. Those parties were poised to capture just 54 seats, according to the polls.

Lapid, addressing supporters early Wednesday, insisted that the race was not decided.

“Until the last envelope is counted, nothing is over and nothing is final,” he said.

Ben-Gvir is a disciple of a racist rabbi, Meir Kahane, who was banned from parliament and whose Kach party was branded a terrorist group by the United States before he was assassinated in New York in 1990.

But while Kahane was seen as a pariah, Ben-Gvir is one of Israel’s most popular politicians, thanks to his frequent media appearances, cheerful demeanor, knack for deflecting criticism and calls for a harder line against Palestinians at a time of heavy fighting in the occupied West Bank. Young ultra-Orthodox men are among his strongest supporters.

Ben-Gvir lives in the hard-line West Bank settlement of Kiryat Arba and is a strong proponent of settlement construction. He has described Arab colleagues in parliament as “terrorists,” called for deporting those who are “disloyal” and recently brandished a handgun in a tense Palestinian neighborhood of Jerusalem as he called on police to shoot Palestinian stone-throwers.

At the celebration, Ben-Gvir’s supporters chanted “Death to terrorists.”

“We want to make a total separation between those who are loyal to the state of Israel — and we don’t have any problem with them — and those who undermine our dear country,” he said.

Muhammad Shtayyeh, the Palestinian prime minister, said the rise of Israel’s far right was “a natural result of the growing manifestations of extremism and racism in Israeli society.”

If the Netanyahu alliance ends up controlling a majority, Ben-Gvir and his party leader, Bezalel Smotrich, are sure to drive a hard bargain. Ben-Gvir has said he will demand the Cabinet post overseeing Israel’s police force.

The pair have also said they will seek legal reforms aimed at weakening the independence of the judiciary and giving parliament power to override court decisions they don’t like. That could clear the way for the dismissal of criminal charges against Netanyahu. Smotrich and other members of the party have also made repeated anti-LGBTQ comments.

Such positions could put a future Netanyahu government on a collision course with the Biden administration, which supports a two-state solution with the Palestinians. It could also alienate Israeli allies in the U.S., particularly the predominantly liberal Jewish American community.

“Ben-Gvir is one of the most radical politicians in Israeli history. If he comes with so much political power, this will pose a major headache for Mr. Netanyahu,” said Yohanan Plesner, president of the Israel Democracy Institute, an independent think tank.

He said Netanyahu, if asked to form the next government, might try to seek other potential coalition partners instead. With Netanyahu’s opponents vowing never to sit in a government with him, that could be a difficult task.

In Israel, voters vote for parties, not individual politicians. No party has ever won a majority on its own, and coalition-building is necessary to govern.

The Likud Party was projected to be the largest, with some 31 seats in parliament, followed by Lapid’s Yesh Atid, with 22 to 24 seats.

Lapid was the mastermind of the coalition that turned Netanyahu into the opposition leader.

The coalition was made up of nationalists who oppose Palestinian statehood, dovish parties that seek a peace agreement and — for the first time in the country’s history — a small Arab Islamist party. The groups were united over their distaste for Netanyahu.

But that coalition collapsed this spring because of infighting.

The centrist Lapid, a former author and broadcaster who became premier as part of a power-sharing agreement, has portrayed himself as an honest and scandal-free change from the polarizing Netanyahu.

In his short term as caretaker leader, Lapid welcomed President Joe Biden on a visit to Israel, led the country in a brief military operation against Gaza militants and signed a diplomatic agreement with Lebanon setting a maritime boundary between the enemy nations.

Uganda to borrow $452mln from Standard Chartered, other lenders 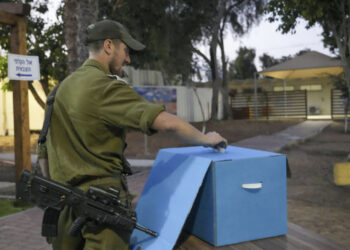 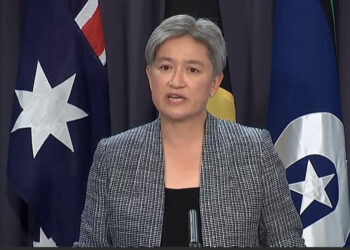 Australian reverses the recognition of Jerusalem as Israel Capital 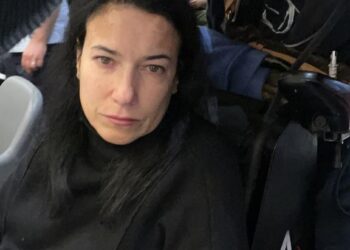