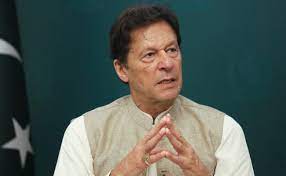 A gunman opened fire at a container lorry carrying Pakistan’s former prime minister Imran Khan, wounding him in the leg, aides said, and killing a supporter as he led a protest march on Islamabad to demand snap elections.

A party aide said Khan had been wounded in the shin and was not seriously hurt in an incident described by his supporters as an assassination attempt. “A man opened fire with an automatic weapon. Several people are wounded. Imran Khan is also injured,” said Asad Umar.

The identity of the gunman, who was arrested at the scene, was not immediately known. Video of a dishevelled man in apparent police custody with his hands tied behind his back claiming he intended to kill Khan circulated online. Video showed a suspected gunman being taken down by another man as he tries to fire his gun, reportedly a 9mm automatic weapon at Khan, and the man behind him tries to grab it. It shows a panicky situation and the crowd starts dispersing. Some people start running after the attacker and they catch him.Imran Khan lifted into car after ‘assassination attempt’ in Pakistan – video

The attack happened in the Wazirabad district in the eastern Punjab province where Khan’s party Tehreek-e-Insaf party (PTI) is in power. The former prime minister was travelling in a large convoy of lorry and cars heading towards the capital, Islamabad, as part of his campaign aimed at forcing the government to hold early elections that could see him return to office.

Senator Faisal Javed from Khan’s party, who was injured in the incident, talked to local media with blood on his shirt. “One political worker has been killed and some political aides are injured including Imran Khan. He is out of danger and we pray for him,” he said.

Zeeshan Bakhsh, a local reporter who was present, told the local media that in the beginning, no one knew what was happening and some thought it was fireworks. “After the first burst I saw someone lying on the ground […] everything happened in 15 seconds,” he said.

Punjab police confirmed that seven people were injured and one person, identified as Muazzam Nawaz, was killed.

Pakistan has a long history of political violence. Former Prime Minister Benazir Bhutto was assassinated in December 2007 in a gun and bomb attack after holding an election rally in the city of Rawalpindi, next to Islamabad. Khan’s first wife Jemima Goldsmith tweeted: “ The news we dread … Thank God he’s okay. And thank you from his sons to the heroic man in the crowd who tackled the gunman.”

Protests erupted across Pakistan in the wake of the shooting, blocking main highways across the country and leading to massive traffic jams in many cities including the capital, Islamabad.

A senior PTI figure Dr Faisal Sultan said Khan had been treated in hospital and was out of danger. “Imran Khan has bullet fragments in his leg and one bone is slightly chipped,” he said. “He is in surgical theatre at Shaukat Khanum Hospital in Lahore. He is coherent and has been given pain medication during the emergency examination. Khan is out of danger and his heartbeat is fine and nerves are doing good.”

The attack happened less than a week after Khan began his march from Lahore, the capital of Punjab province, along with thousands of supporters. Since his ousting in a no-confidence vote in parliament in April, Khan has alleged that he was the victim of a conspiracy engineered by his successor, Shaehbaz Sharif, and the US – claims that the new premier and Washington have both denied.

Party officials on Thursday blamed Sharif for the shooting attack and said he should be removed from office. Sharif said in a statement: “I condemn the incident of firing on PTI chairman Imran Khan in the strongest words. I have directed the interior minister for an immediate report on the incident. I pray for the recovery and health of the PTI chairman and other injured people.”

Information minister Marriyam Aurangzaib told a press conference the attack should not be politicised and demanded a thorough investigation.

A senior PTI leader, Ejaz Chaudhry, told local media on Thursday he had received information from a source on Wednesday about an assassination attempt on Khan. He said that the district police chiefs and other PTI leaders were given this information and informed to take security precautions.

Khan’s latest challenge to the government comes after Pakistan’s elections commission disqualified him from holding public office for five years for allegedly selling state gifts unlawfully and concealing assets as premier. Khan has challenged the disqualification in a pending court case.

He claimed in May that his life was in danger and he had recorded a video in which he mentioned the names of all those who conspired against him.

Sharif’s government has also said that there will be no early vote and that the next elections will be held according to schedule, in 2023. 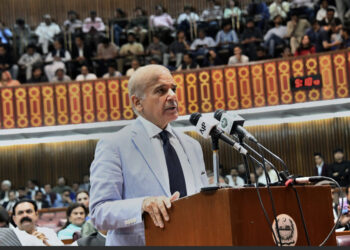 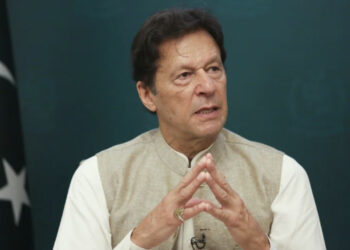