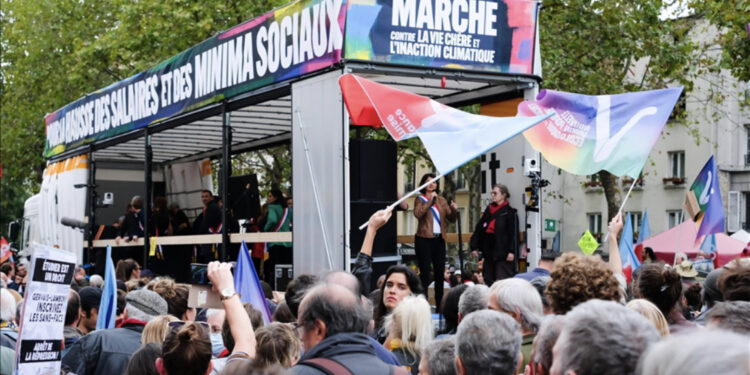 Thousands of people took to the streets across France on Tuesday and commuters faced delays as unions staged a nationwide strike for higher salaries, as they remain in deadlock with the government over walkouts at oil depots that have sparked fuel shortages.

The strike caused fewer transport disruptions than feared, though unions have vowed further action against President Emmanuel Macron in coming weeks – in particular over a hostly contested pensions reform.

“It’s a shame it had to come to blockades for something to happen,” said Nadine, a 45-year-old employee in the metalworking industry who was among more than 1,000 demonstrators in Strasbourg, northeast France.

Among a crowd of some 1,800 marching in the southern city of Montpellier, Magali Mallet, a medical secretary, said she was there because many workers were “living on a knife’s edge”.

The interior ministry said 107,000 people took part in marches across the country, including 13,000 in Paris – an estimate far below the 70,000 reported by the CGT union.

Anti-capitalist “black bloc” protesters also joined the demo in the capital, spraying graffiti and smashing windows at a bank and a BMW dealership before being dispersed by riot police.

The ministry said 11 people were arrested in Paris and nine officers injured in clashes with the protesters, with four arrests elsewhere.

Their industrial action has seriously disrupted fuel distribution across the country, particularly in northern and central France and the Paris region.

Motorists have scrambled to fill tanks as the fuel strike, which has lasted for nearly three weeks, has had a knock-on effect across all sectors of the economy.

Prime Minister Elisabeth Borne said that less than a quarter of petrol stations nationwide were experiencing shortages, down from 30 percent previously.

Macron’s government used requisitioning powers to force some strikers back to open fuel depots, a move that infuriated unions but has so far been upheld in the courts.

But his government is also pushing bosses to acknowledge salary demands, with Interior Minister Gerald Darmanin saying Tuesday that there was “a salary problem” in France, and urging employers “to increase pay when possible”.

Workers have also been striking in the nuclear power sector, potentially hampering efforts to restart reactors down for maintenance or safety work.

At the northern Gravelines nuclear plant, 32-year-old technician Henia Abidi said she was not usually one to protest.

“But now since it’s about inflation and our salaries, I really feel concerned. I won’t give up,” she said, adding that everything from food to fuel had become expensive.

Power grid operator RTE warned Tuesday that “any extension of the social movement” at the nuclear power stations would have “serious consequences” on electricity provision this winter.

Macron said last week only 30 out of 56 nuclear reactors were online, while the country hoped to have 45 working by January.

But French state energy provider EDF said Saturday it was postponing plans to bring five of the halted reactors back on stream.

The action is the unions’ biggest challenge to Macron since he won a new presidential term in May.

The Libération newspaper published a front-page caricature of Macron swept off his feet and clinging on to the edge of a giant megaphone blasting the message of angry protesters.

Unions in other industries and in the public sector had also announced action to protest against the twin impact of soaring energy prices and overall inflation on the cost of living.

Beyond transport workers, unions had hoped to bring out staff in sectors such as the food industry and healthcare.

The education ministry said less than six percent of its workers had walked out, though that rate reached 23 percent for vocational schools.

Their action will kick off what could be a tense autumn and winter as Macron also seeks to implement his flagship domestic policy of raising the French retirement age.

The economic squeeze partly caused by Russia’s invasion of Ukraine, along with the failure of Macron’s party to secure an overall majority in June legislative polls, only adds to the magnitude of the task.

A poll by the Elabe group found that one in three French people would be prepared to take part in a strike or protest in the coming weeks to demand pay increases as inflation soars. 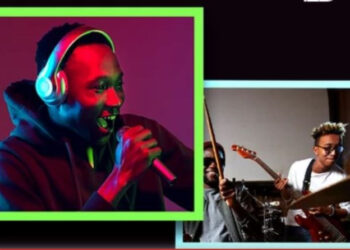 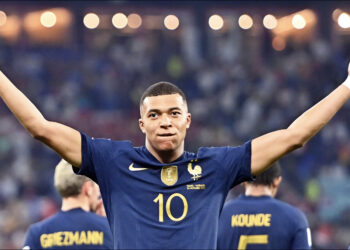 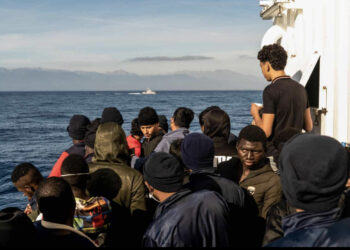