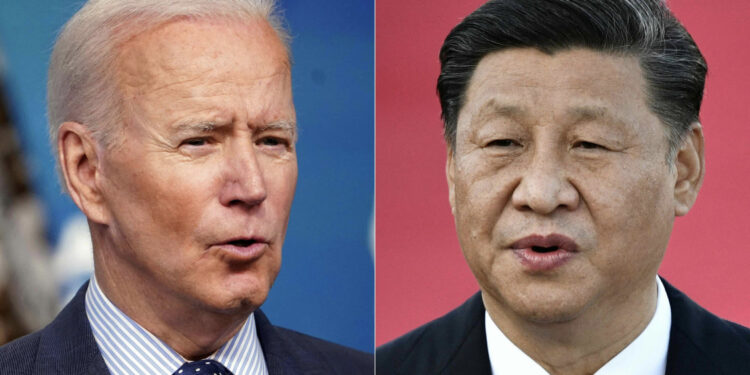 Joe Biden will meet his Chinese counterpart, Xi Jinping, on Monday on the sidelines of the G20 summit, the White House has said, in their first face-to-face talks since the US leader became president.

Biden hopes the meeting will allow him to build a “floor” for relations between the two countries, but he will be honest about US concerns, including Taiwan and human rights, a senior administration official said on Thursday.

The White House spokeswoman, Karine Jean-Pierre, said in a statement: “The leaders will discuss efforts to maintain and deepen lines of communication,” as well as how to “responsibly manage competition and work together where our interests align, especially on transnational challenges”.

Biden and Xi last met in person during the Obama administration, and US ties with China have since slumped to their lowest level in decades, most notably since US House speaker Nancy Pelosi’s August trip to Taiwan, the self-governed democratic island that Beijing claims as its territory.

The two presidents have spoken by phone a number of times over the past 22 months, but the Covid pandemic and Xi’s aversion to foreign travel has prevented them from meeting in person.

Of Monday’s meeting, a senior administration official said: “The president believes it is critical to build a floor for the relationship and ensure that there are rules of the road that bound our competition.

“I expect the president will be honest about a number of our concerns, including PRC [People’s Republic of China] activity that threatens peace and stability across the Taiwan Strait, as well as our longstanding concerns about human rights violations,” the official said.

Bonnie Glaser, an Asia expert at the German Marshall Fund of the United States, said the meeting was an opportunity to dial down tensions, and China had been signalling that it wanted to avoid a further deterioration in relations.

“But it is unclear what they are willing to do to achieve that objective,” she said. “The Biden administration has been pushing for talks on risk-reduction measures since mid-2021, and the PRC hasn’t been interested.”

The planned meeting during the G20 summit in Bali comes after Xi last month was awarded a landmark third term as Chinese Communist party general secretary, and at a crucial moment in ties between the two countries. They have a massive investment and trade relationship but are also challenging each other’s military and diplomatic influence, especially in the Asia-Pacific region.

They also face a potential flashpoint over the self-ruled island of Taiwan, a close ally of the United States that Xi has made clear he believes should be under Beijing’s control.

White House national security adviser Jake Sullivan has said that the US would brief Taiwan on the results of Biden’s meeting with Xi, aiming to make Taipei feel “secure and comfortable” about US support.

On Wednesday, Biden said he had already made clear to Xi that he was “looking for competition, not conflict”.

Biden said they would discuss Taiwan, but added that the US stance on the island “has not changed at all from the very beginning”.

Also on the agenda are stepped-up missile test launches by North Korea, which the US and its allies consider a growing threat to east Asia.

Washington wants Beijing to pressure the North Korean leader, Kim Jong-un, to reel back its activities and engage in talks on denuclearization. “This is an area where China and the United States have had a history of working together … there is a track record of being able to work together. And so I think the president will approach the conversation in that spirit,” a senior US administration official told reporters.

Washington also had taken note of Xi’s “important” remarks about non-use of nuclear weapons in Ukraine after Xi agreed during a meeting with German chancellor Olaf Scholz last week that both leaders opposed their use, the official added.

According to Sullivan, the US has not seen China sending weapons for use on the battlefield in Ukraine since Biden and Xi’s last conversation. “And we have not seen wholesale efforts to backfill or undermine the sanctions regime,” he said.

The day before Biden meets Xi, the US leader will hold talks with Japanese prime minister Fumio Kishida and South Korean president Yoon Suk-Yeol on the sidelines of regional meetings in Cambodia to discuss how to stem North Korea’s nuclear program.

Biden said on Wednesday he would like to lay out “what each of our red lines are, [to] understand what [Xi] believes to be in the critical national interests of China, what I know to be the critical interests of the United States, and to determine whether or not they conflict with one another.

“And if they do, how to resolve it and how to work it out,” he added.

The Biden administration official said no joint statement from the two leaders was planned after their meeting. 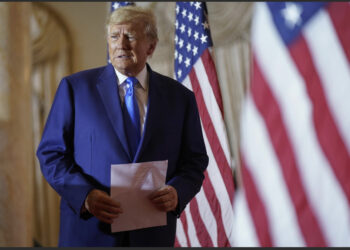 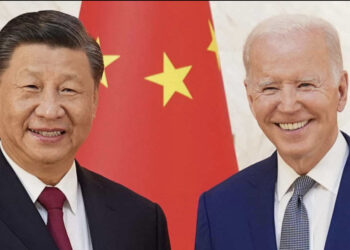