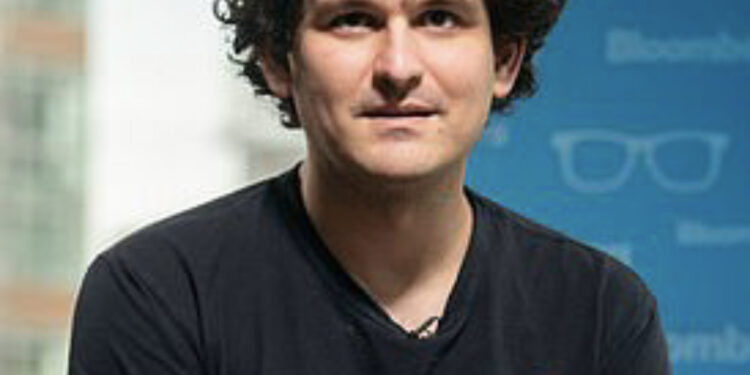 About $2billion of customer funds have vanished from collapsed crypto exchange FTX, according to two people familiar with the matter.

Founder and CEO Sam Bankman-Fried secretly transferred $10 billion of customer funds from FTX to the trading company Alameda Research, which is run by his girlfriend Caroline Ellison, Reuters reports.

A large portion of that total has since disappeared, they said. One source put the missing amount at about $1.7 billion. The other said the gap was between $1 billion and $2 billion.

While it is known that FTX moved customer funds to Alameda, the missing funds are reported here for the first time.

The financial hole was revealed in records that Bankman-Fried shared with other senior executives last Sunday, according to the two sources.

The records provided an up-to-date account of the situation at the time, they said. Both sources held senior FTX positions until this week and said they were briefed on the company’s finances by top staff.

Bahamas-based FTX filed for bankruptcy on Friday after a rush of customer withdrawals earlier this week. A rescue deal with rival exchange Binance fell through, precipitating crypto’s highest-profile collapse in recent years.

In text messages to Reuters, Bankman-Fried said he ‘disagreed with the characterization’ of the $10billion transfer.

‘We didn’t secretly transfer,’ he said. ‘We had confusing internal labeling and misread it,’ he added, without elaborating.

FTX and Alameda did not respond to requests for comment.

In a tweet on Friday, Bankman-Fried said he was ‘piecing together’ what had happened at FTX.

‘I was shocked to see things unravel the way they did earlier this week,’ he wrote. ‘I will, soon, write up a more complete post on the play by play.’

At the heart of FTX’s problems were losses at Alameda that most FTX executives did not know about, Reuters has previously reported.

Four days before, news outlet CoinDesk reported that much of Alameda’s $14.6billion in assets were held in the token.

That Sunday, Bankman-Fried held a meeting with several executives in the Bahamas capital Nassau to calculate how much outside funding he needed to cover FTX’s shortfall, the two people with knowledge of FTX’s finances said.

Bankman-Fried confirmed to Reuters that the meeting took place.

Bankman-Fried showed several spreadsheets to the heads of the company’s regulatory and legal teams that revealed FTX had moved around $10billion in client funds from FTX to Alameda, the two people said.

The spreadsheets displayed how much money FTX loaned to Alameda and what it was used for, they said.

The documents showed that between $1billion and $2billion of these funds were not accounted for among Alameda’s assets, the sources said.

The spreadsheets did not indicate where this money was moved, and the sources said they don’t know what became of it.

In a subsequent examination, FTX legal and finance teams also learned that Bankman-Fried implemented what the two people described as a ‘backdoor’ in FTX’s book-keeping system, which was built using bespoke software.

They said the ‘backdoor’ allowed Bankman-Fried to execute commands that could alter the company’s financial records without alerting other people, including external auditors.

This set-up meant that the movement of the $10billion in funds to Alameda did not trigger internal compliance or accounting red flags at FTX, they said.

In his text message to Reuters, Bankman-Fried denied implementing a ‘backdoor’.

The U.S. Securities and Exchange Commission is investigating FTX.com’s handling of customer funds, as well its crypto-lending activities, a source with knowledge of the inquiry told Reuters on Wednesday.

SEC Chairman Gary Gensler is also facing criticism over his agency’s failure to investigate the company prior to the crash despite earlier warning signs that its business practices weren’t on the level.

The Department of Justice and the Commodity Futures Trading Commission are also investigating, the source said.

The 30-year-old had set up FTX in 2019 and led it to become one of the largest crypto exchanges, accumulating a personal fortune estimated at nearly $17billion.

FTX was valued in January at $32billion, with investors including SoftBank and BlackRock.

The crisis has sent reverberations through the crypto world, with the price of major coins plummeting. And FTX’s collapse is drawing comparisons to earlier major business meltdowns.

Bankman-Fried has resigned his role and will remain in an advisory role to assist in an ‘orderly transition’, the company said.

On Friday, FTX said it had turned over control of the company to John J. Ray III, the restructuring specialist who handled the liquidation of Enron Corp – one of the largest bankruptcies in history.

Bankman-Fried’s fall from grace also served as a surprising blow to Democrats as it was revealed that he pumped nearly $40million into political campaigns this year, most of which went to the liberal party.

Bankman-Fried was the main funder behind the Protect Our Future PAC,  an organization that focuses on promoting Democrats who champion pandemic preparedness and prevention.

The group made over $1million in independent expenditures to help Democratic congressional candidates like Lucy McBeth, a current representative from Georgia, Jasmine Crockett of Texas, Adam Hollier of Michigan, Valerie Foushee of North Carolina and Shantel Brown of Ohio.

But he does not consider himself an exclusive Democrat donor, MarketWatch  reports, giving $45,000 to the National Republican Congressional Committee in July.

As he told Politico in August, Bankman-Fried is ‘legitimately worried about doing things that make people view me as partisan when it’s not how I feel … because I think it both misses what I’m trying to do and makes it harder for me to act constructively.’

But Bankman-Fried has since lost $16billion of his personal fortune as his company faces a liquidity crunch and is being bailed out by its rival.

FTX is the latest in a series of cascading disasters that have shaken the crypto sector, now under intense pressure from collapsing prices and circling financial regulators.

The meltdown followed a year of intense pressure for crypto markets, as rising interest rates prompted investors to ditch risky or speculative assets.

And alarm bells were ringing even before the FTX fiasco, following the collapse of several crypto lenders, including Celsius and Voyager, major tokens terraUSD and Luna, and hedge fund Three Arrows Capital.

Now the failure of FTX is also sending tsunami-like waves throughout the crypto universe.

Cryptocurrency lender BlockFi announced on Twitter late Thursday that it is ‘not able to do business as usual’ and pausing client withdrawals as a result of FTX’s implosion.

In a letter posted to its Twitter profile late Thursday, BlockFi – which was bailed out by Bankman-Fried´s FTX early last summer – said it was ‘shocked and dismayed by the news regarding FTX and Alameda.’

The company ended by saying any future communications about its status ‘will be less frequent that what our clients and other stakeholders are used to.’

Bitcoin tumbled immediately after the letter was posted, losing close to 5 percent before inching back above $17,000 overnight.

The original cryptocurrency, Bitcoin, had been hovering around $20,000 for months before the FTX’s problems became public this week, sending it briefly to around $15,500, a two-year low.

Democrats retain control of Senate after crucial victory in Nevada 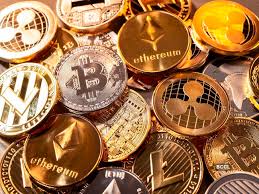