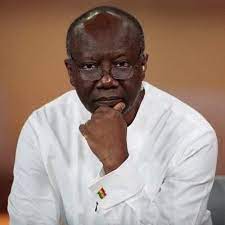 An insider employed by Tiger Eye led by controversial journalist Anas Aremeyaw Anas has confirmed that the Finance Minister Ken Ofori-Atta was targeted and lured to the United Arab Emirates Dubai.

This runs contrary to the claim by mentor of the controversial journalist Abdul Malik Kweku Baako that no such video took place involving the Finance Minister.

Asaase Radio, aligned with the government however confirmed Ken Ofori-Atta was indeed entrapped and videoed.

An employer of Tiger Eye has also now confirmed Ken Ofori-Atta was lured to Dubai and offered gifts to capture him on video.

According to the source who is currently employed with Tiger Eye but desires total anonymity, the operation to get Finance Minister was linked to Bonds and emails were exchanged over a period starting from late 2017 to arrange a meeting.

What prompted the team to target him was news of the supposed Franklin Templeton in Ghana’s Bonds market.

The source told MyNewsGh.com it was late Ahmed Suale who led the entire operation to set-up and record the Finance Minister who finally agreed to meet the “investors” in the Dubai International Hotel, inside the Airport on Transit to Tokyo in 2018.

The source said they could have gotten the Finance Minister on tape but the man became suspicious as their “Sheikh” delayed in appearing because he was asking for more money before he can play the Sheikh.

The Arab wanted to be paid upfront and in full which the Tiger Eye team were refusing. They wanted him to finish the assignment before payment and with a lesser amount, reportedly which is speculated to be about US$500.

While watching Ken Ofori-Atta through the cameras already set up in Hotel room, they realized Ghana’s finance minister had become jittery and suspicious over the delay.

By the time their Arab street man was convinced, dressed up to come and start “the investment negotiation”, Ken Ofori-Atta had seen through the tricks.

Their attempts to forcefully offer him cash “gift” was strongly rejected and then Aide to Ken Ofori-Atta, one Bediako equally rejected the gift after his boss vehemently turned down what was offered him.

Following the episode, Ken Ofori-Atta reportedly launched am investigation that showed Suale independently set him up.

Before his show on December 23, Kizz Daniel says, “I miss Ghana, and I can’t wait to get back” 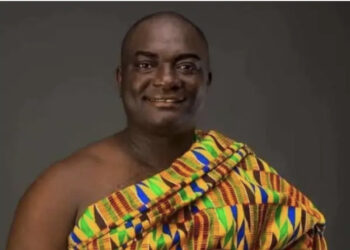