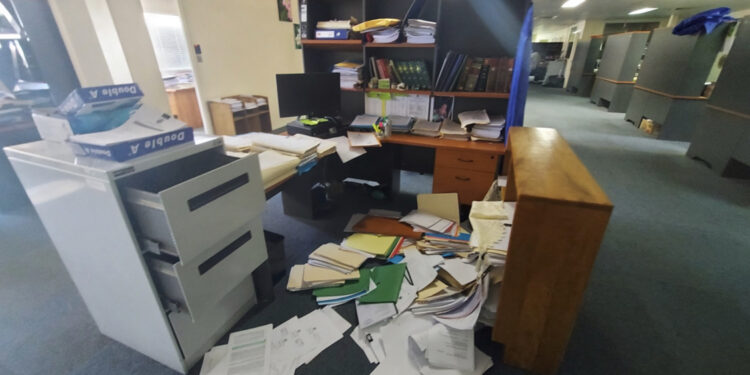 Authorities in Solomon Islands said no tsunami warning would be issued after two earthquakes his just off the south-west coast.

A tsunami warning was issued by the United States Geological Survey after the first, magnitude 7.0 earthquake struck on Tuesday, but this warning was withdrawn soon after.

A second quake, with a magnitude of 6.0, struck nearby 30 minutes later.

The office of the Solomon Islands prime minister reported no major damage to buildings in the capital Honiara, but power was out in some areas of the city.

The Australian prime minister, Anthony Albanese, said the roof of the Australian high commission in Honiara had collapsed, “which points to likely damage throughout the city”.

Albanese said all staff of the Australian high commission were safe and they had moved to higher ground because of earlier tsunami concerns.

Albanese said the high commission was seeking to confirm the safety of all Australians in Solomon Islands but this was difficult because telecommunications had been disrupted.

He said Australia had placed a representative in the national disaster response centre to assist with the initial response, adding: “We have contacted Prime Minister Sogavare to once again indicate Australia stands ready to assist.”

Solomon Islands Broadcasting said in a statement on Facebook that all radio services were off air.

The Solomon Islands Meteorological Service said there was no tsunami threat to the country, but warned about unusual sea currents in coastal areas.

“People are also advised to be vigilant as aftershocks are expected to continue,” an employee said on social media.

The quake near Malango was shallow, with a depth of 10km, the USGS said.

People reported violent shaking that threw televisions and other items to the ground.

Freelance journalist Charley Piringi said he was standing outside a warehouse next to a primary and a secondary school on the outskirts of the capital, Honiara, when the quake struck, sending the children running.

“The earthquake rocked the place,” he said. “It was a huge one. We were all shocked, and everyone is running everywhere.”

This was a big one,” Joy Nisha, a receptionist at the Heritage Park Hotel in Honiara, told the AFP news agency. “Some of the things in the hotel fell. Everyone seems OK, but panicky.”

An AFP reporter in the capital said the shaking lasted for about 20 seconds.

Power was out in some areas of the city and people were leaving their offices and fleeing to higher ground.

Ban on French-funded NGOs in Mali 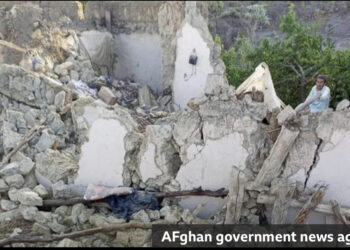