Let’s do this by numbers, shall we? For the first time in four World Cups, Spain won their opening game. Ferran Torres scored their 100th goal in the tournament and Gavi, one of two teenagers starting this match, became their youngest scorer. They were just two of six goalscorers with Spain reaching that magical number the vidiprinter needs to spell out to avoid confusion. They took 17 shots, allowed none, and scored 7 (seven) times. No wonder by the time that Carlos Soler scored the sixth, his celebration consisted of a point and a wink, a “we’re here”.

And there was still time for Alvaro Morata to add another, two minutes later. Down on the bench, Luis Enrique was laughing, his team having surely presented their candidacy for the competition. Not least because those weren’t the only numbers and it was the way it felt too. Spain played over one thousand passes here, and if the old question used to run “yeah, but how many of them mattered?” the new answer looks like it could well be: all of them. It is hard to recall a performance as complete as this.

Although, from Costa Rica’s point of view, it might be equally difficult to remember one as calamitous. An aged side were just taken to pieces by the kids, with a little help from one or two veterans. For the central Americans, it started badly and just never got better. Right to the end, Spain were slicing away at them. Right from the start, they might have suspected as much.Quick Guide

It took 56 seconds for Costa Rica to touch the ball for the first time and the same again for them to do it again. Which wouldn’t have been a problem except that it turned out to be permanent; it might even have been worse for Luis Suárez’s side. He had anticipated that Spain would have more of the possession, had accepted it too, but not this much. And certainly not in these areas of the pitch. It might have appeared easy for Luis Enrique’s side, but they never eased up, the ball moved sharply and with intent. With end product too.

A lovely curled pass from Pedri after just four minutes found Dani Olmo at the far post and although he guided his side-footed volley fractionally wide, Spain were soon back again. And again and again. And, just when Costa Rica thought they could breathe a bit, again. This was relentless, ruthless. Four more minutes and Costa Rica were carved open, Jordi Alba’s ball across guided a fraction past the other post by Marco Asensio. Three more minutes, virtually of all them spent with the ball at Spanish feet, and the opening goal arrived.

Gavi’s little dinked pass on the edge of the area took a deflection and Dani Olmo controlled and turned in one, taking the ball with him. A reverse spin, a lovely touch and he was left in front of Navas, who he beat comfortably. At that point, Fifa’s stats, which now allow for those moments when neither team have the ball, said that Spain had 79% of possession – 10% of the game was contested – but those were contests Spain invariably won, an intensity to their excellence. Gavi, as usual, led the press.

Only 18, he and Pedri, who is 19 and the smooth glider of the two teenagers, dominated this. The last two Golden Boy winners were, well, golden. But then all of them dominated this, a collective endeavour that was hugely convincing, the most remarkable thing about those stats being that they didn’t change. The ball just kept bouncing off Sergio Busquets’ boot, exactly where he always wanted it to, no need for it to linger there any longer. The wide positions, occupied by Olmo and Torres, were very wide, the pitch made much too big for Costa Rica to ever get anywhere on time. Asensio was the false nine, mobile and always available. And perhaps you could call Rodri a false four.

The Manchester City midfielder was employed at centre-back, but that was partly because they knew they would see a lot of possession – “the centre-backs will touch the ball more than 100 times,” Luis Enrique’s assistant said – and in positions that would normally belong to the pivot, the whole team so high up the pitch, that Rodri’s role often meant stepping out in support of the play in areas closer to the other area than his own. He had 91 of those 100 touches by half-time alone.https://interactive.guim.co.uk/2022/11/world-cup-players/embed/Spain/9/player.html

Africa can overcome HIV by 2030 if we prioritise most vulnerable groups, experts agree ahead of World AIDS Day 2022 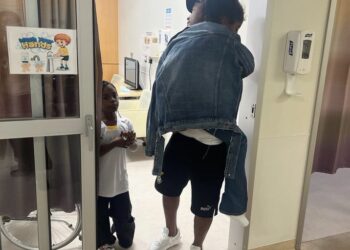 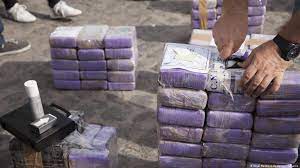 Video:Police in six countries have targeted a ‘super-cartel’ based in Europe