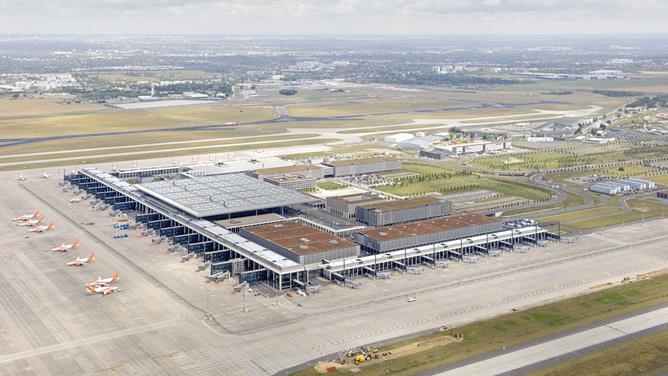 Due to a protest by environmentalists, Germany’s Berlin Brandenburg Airport was shut down for about two hours on Thursday.

The Last Generation activists hacked through the fence with a bolt cutter, entered the tarmac, and later taped themselves to runways to obstruct takeoffs and landings.

“The airplane is not a common form of transportation for regular people.

About 80% of people had never flown, according to the campaigners, who live-streamed their protest on Twitter.

They said that “one rich percent of the population alone contributes approximately half of the flight-related emissions” and urged people to avoid flying.

While there were delays in aircraft operations owing of the climate protest, Berlin Brandenburg Airport reported that the runways were reopened after security personnel intervened and brought the