Real Madrid are ready to pounce and hijack Barcelona’s deal for Neymar when their El Clasico rivals exhaust all possible options to sign the Brazilian – and can afford him.

Club president Florentino Perez knows Real could afford to make the deal happen without breaking their wage bill, unlike Barcelona, as Neymar would be worth so much in marketing terms.

Brand sponsorship brings Neymar £24million per year and he would effectively pay part of his salary as Real receive 50 per cent of image rights, according to AS who ran the headline ‘Madrid Count the Bills’ with the player pictured atop a mound of cash. 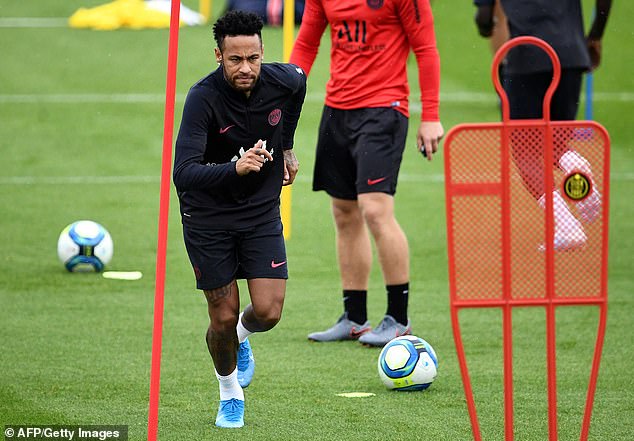 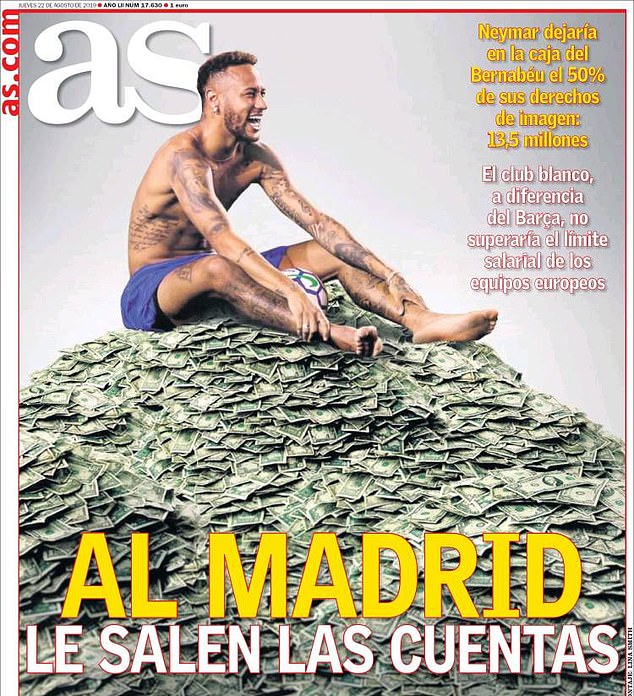 It is also outlined that the total wage bill of an club cannot exceed 70 per cent of operating income. Barcelona have skyrocketed to 77 per cent and Real are only at 57 per cent, meaning they have the financial wiggle room to bring Neymar in.

Mundo Deportivo, a Catalan publication, also report that Real are in for Neymar and Gerard Pique asked his old team-mate to publicly declare his preference for Barcelona, something he is still yet to do.

Neymar’s father has started following Sergio Ramos on social media in what appeared to be another less than subtle nod and wink towards Real Madrid.

But the club do not want to be drawn into open battle for the Brazilian only for Neymar to then publicly reject Madrid’s interest and then use that rejection as a way of winning favour again with the Barcelona public. 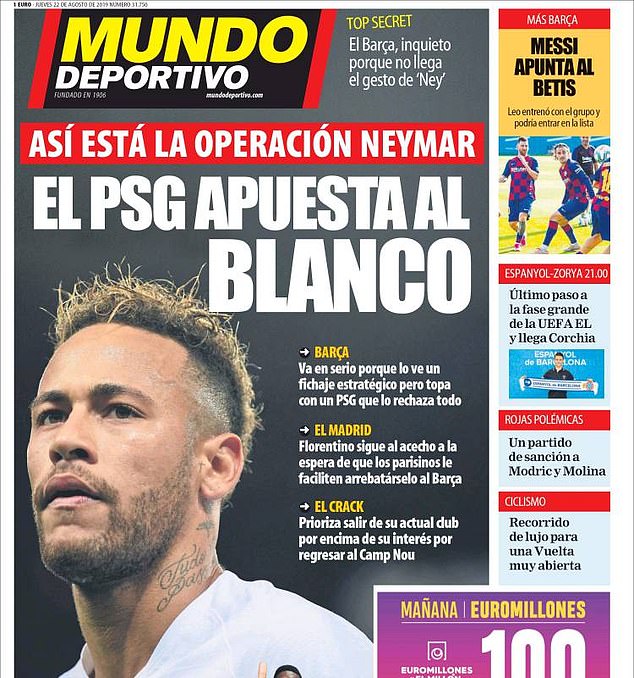 And Real could afford to make the deal happen without breaking their wage bill as Neymar would be worth so much in marketing terms.

But Madrid are not preparing to make an official move all the time Barcelona are trying to find a way to sign the 27-year-old.

Barcelona’s very public pursuit of Neymar took another turn this week when the club briefed that they would be submitting a written offer to the French club.

It is understood that that written bid had been for a loan with a non-obligatory buy option at the end of the season. 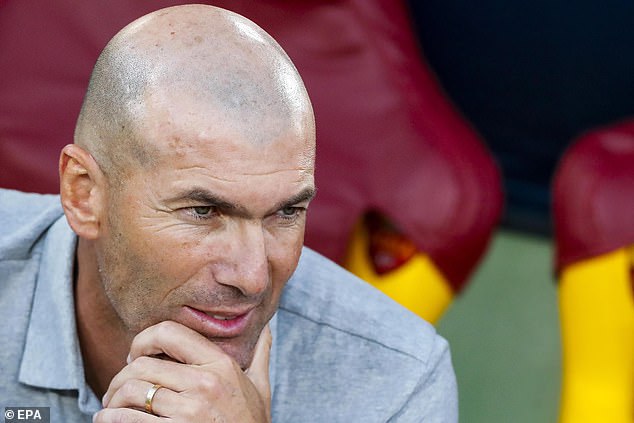 PSG rejected it. They are only open to a loan if there is an obligatory buy clause and they still want 222m euros for the player.

Barcelona will only accept an obligatory buy clause if the price is 160m euros and payable in installments.

The two sides still seem to be some way apart and for all that relations between Neymar and the home supporters is close to beyond repair the club’s owners are still extremely reluctant to do business with Barcelona.

Madrid are watching and waiting. Only when negotiations have completely broken down between Barcelona and PSG are they likely to intervene.

The squad and coach Zinedine Zidane are operating on the understanding that there will be no more recruitment before the start of the season.

Neymar’s Brazil team-mate Marcelo even said this week that the club do not need any more signings.

But if Neymar staying in Paris becomes so untenable that PSG need to accept huge losses just to get rid of him then Madrid will make their move. 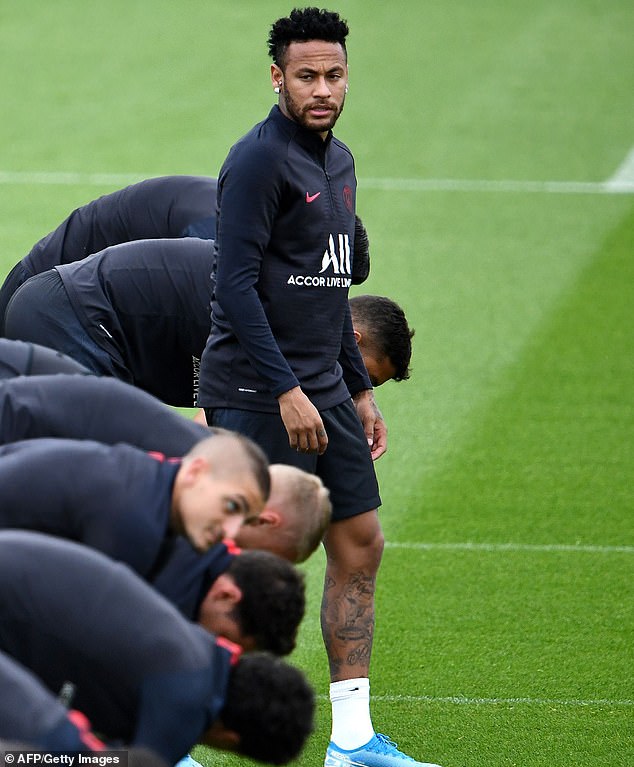 Between Nduom And BoG; Who Is Telling The Truth? – Kwesi Pratt Asks