A senior Treasury aide was frogmarched out of Downing Street last night after being accused of leaking Brexit secrets to allies of Philip Hammond.

He claimed Miss Khan, who worked for Mr Hammond’s successor Sajid Javid, was helping Mr Hammond and other Tory MPs attempting to stop No Deal.

When Miss Khan denied the allegations, Mr Cummings demanded that she show him her phone. Government sources said an angry exchange followed.

Mr Cummings called police and Miss Khan was frogmarched out of the building. The 8pm confrontation was witnessed by other special advisers who were attending a meeting in Downing Street.

According to one official, Miss Khan was told by Mr Cummings that she was dismissed on the spot, ordered to hand over her mobile phone and told that her Whitehall security pass was cancelled with immediate effect.

‘The cops marched her out of No 10 while she protested her innocence. It was incredible,’ the official said. 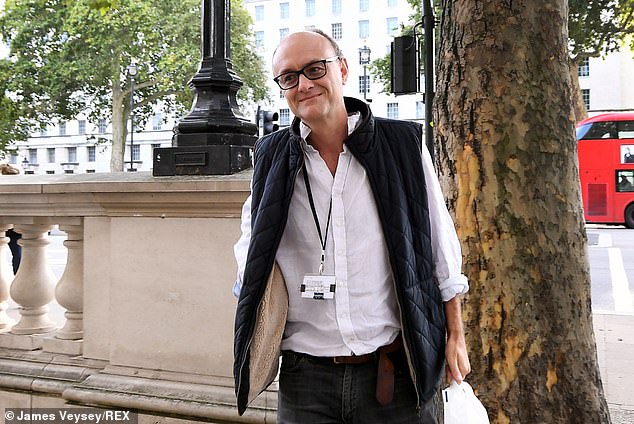 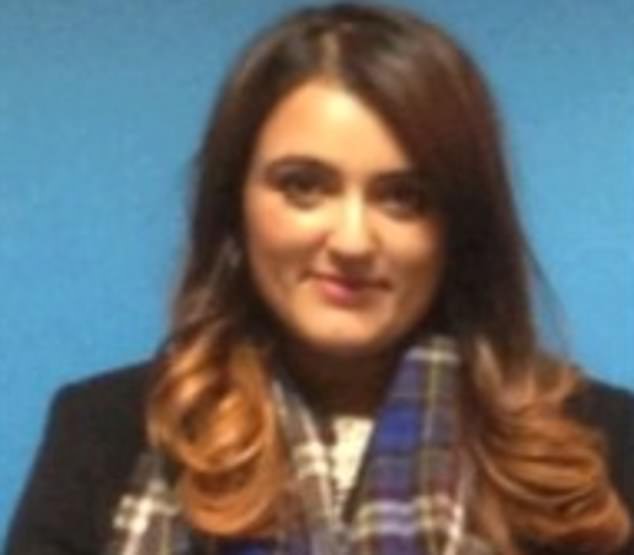 Miss Khan, who worked for Mr Hammond’s successor Sajid Javid, was accused of helping Mr Hammond and other Tory MPs attempting to stop No Deal

Since Mr Johnson entered No 10, Mr Cummings, who was the mastermind of the Vote Leave campaign in 2016, has earned a reputation for stopping leaks by Government aides.

The sacking comes after the sensational disclosure of No Deal preparations earlier this month, ahead of Mr Johnson’s debut on the world stage as Prime Minister.

The dossier, which predicted food, fuel and medicine shortages if Britain left without a deal, appeared in the Sunday Times on August 18. Under the codename Operation Yellowhammer, it warned of three months of chaos at ports, clashes with EU fishing vessels and a crisis for social care.

Downing Street claimed the forecasts were the work of the previous administration, out of date and showed a worst-case scenario.

A No 10 source blamed former frontbenchers led by Mr Hammond. It said the dossier, apparently written by Cabinet Office officials, was ‘from when ministers were blocking what needed to be done to get ready to leave and the funds were not available’.

The source claimed: ‘It has been deliberately leaked by a former minister in an attempt to influence discussions with EU leaders.’

Miss Khan’s sacking comes days after Mr Hammond gave an interview saying No Deal would be just as much of a ‘betrayal’ as not leaving. He accused No 10 of smearing former ministers by suggesting they had released details of Operation Yellowhammer.

After his comments, it emerged the dossier was from August 2019 – after Mr Hammond and other pro-Remain cabinet ministers were replaced by Mr Johnson. 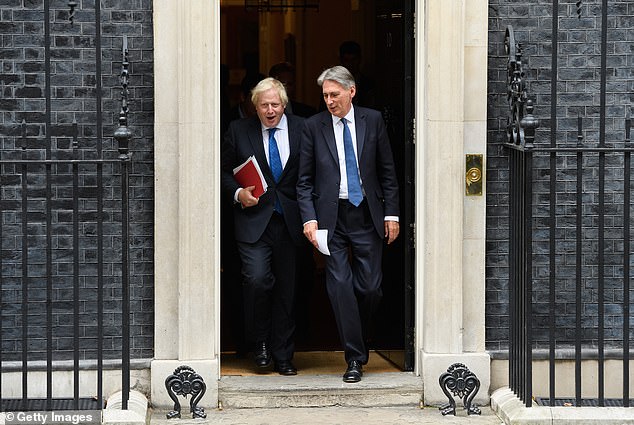 War of words: Boris Johnson and ex-chancellor Philip Hammond have traded blows over No Deal

In his letter to the PM, the former chancellor said it was clear the document ‘would not have been available to any former minister who is not serving in the current administration’.

Mr Hammond said: ‘Accordingly, I am writing on behalf of all former ministers in the last administration to ask you to withdraw these allegations which question our integrity, acknowledge that no former minister could have leaked this document, and apologise for the misleading briefing from No10.’

Labour called for the document to be published in full in order to inform public debate about the implications of No Deal.

Downing Street sources confirmed she had been sacked but refused to say why. One insider said: ‘There are very good reasons this has happened. Reasons that were proved beyond doubt.’

Miss Khan was recruited as a special adviser by Mr Hammond last September. She had worked for former international trade secretary Liam Fox and the Taxpayers’ Alliance.

A popular figure among fellow aides, she appears to have become the first victim of the ‘one leak and you’re out’ rule imposed by Mr Cummings. Despite this, the Government has suffered a number of damaging leaks.

A separate inquiry is under way into how the media learned of Mr Johnson’s plan to suspend Parliament before he had informed the Queen.