Some 170 suspects have been arrested in a joint security operation code-named Koudanlgou III near the Ghana-Togo borders to stop planned terrorist activities and other criminal moves.

According to the statement, some of the suspects possessed illegal weapons, including locally-manufactured and foreign single/double-barrelled guns totalling 108 “without any valid document covering them”.

“Others, too, have not had their authorisation renewed for years. Illegal miners including foreigners were also arrested at ‘Dollar Power’ near Bole,” the statement added. 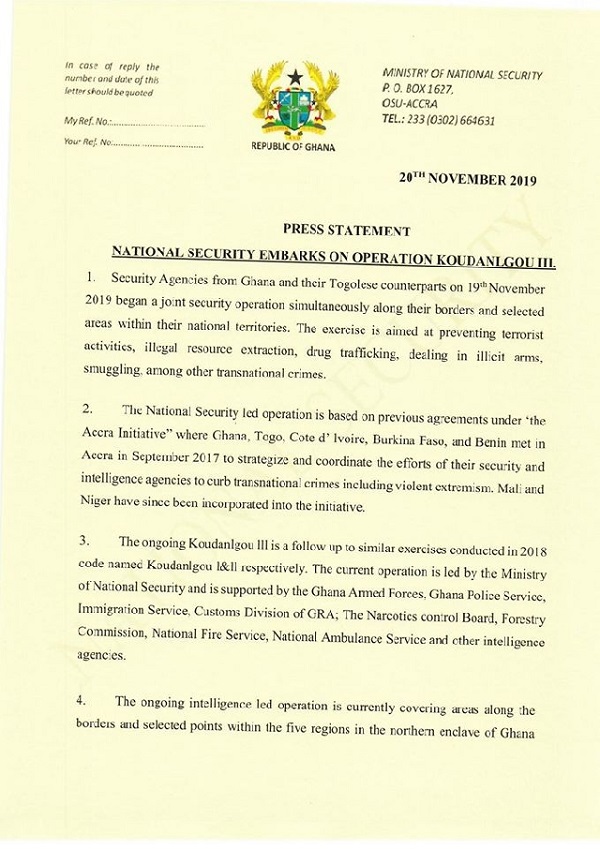