One of Scotland Yard’s top officers who was commended for her work after the Grenfell Tower disaster has been spared jail for possessing an indecent video of a child.

Williams insisted she had not watched the video and told an Old Bailey trial she would have immediately rung one of her colleagues at the Met if she realised what was on her phone.

But she was convicted by a jury last week – by a 10-1 majority – and stood in the dock this morning to be sentenced.

Judge Richard Marks QC, the Common Serjeant of London, told Williams it is “a complete tragedy that you find yourself in the position you now do”, saying it was “grave error of judgment” not to report the video when she received it.

He sentenced the highly decorated officer to 200 hours of community service, and said she is now “highly unlikely to retain her job”.

Williams was convicted by the jury of possessing an indecent video of a child but found not guilty of a charge of corrupt or improper exercise of police powers and privilege, having denied both allegations.

Hodge, 56, was convicted by the jury of distributing an indecent image of a child and sentenced to 100 hours of community service.

Her partner, bus driver Dido Massivi, 61, was convicted of two counts of distributing an indecent photograph of a child, and one count of possessing an extreme pornographic image portraying a person having sex with a horse. He was today given an 18-month prison sentence suspended for two years, with 200 hours of community service.

Williams, once tipped as a future Met Police Commissioner, was instrumental in the Met’s response to the Grenfell Tower tragedy, helping survivors and the relatives of victims to come to terms with the tragedy.

Some of the Grenfell survivors she had helped came to court during her trial to offer support to the officer. 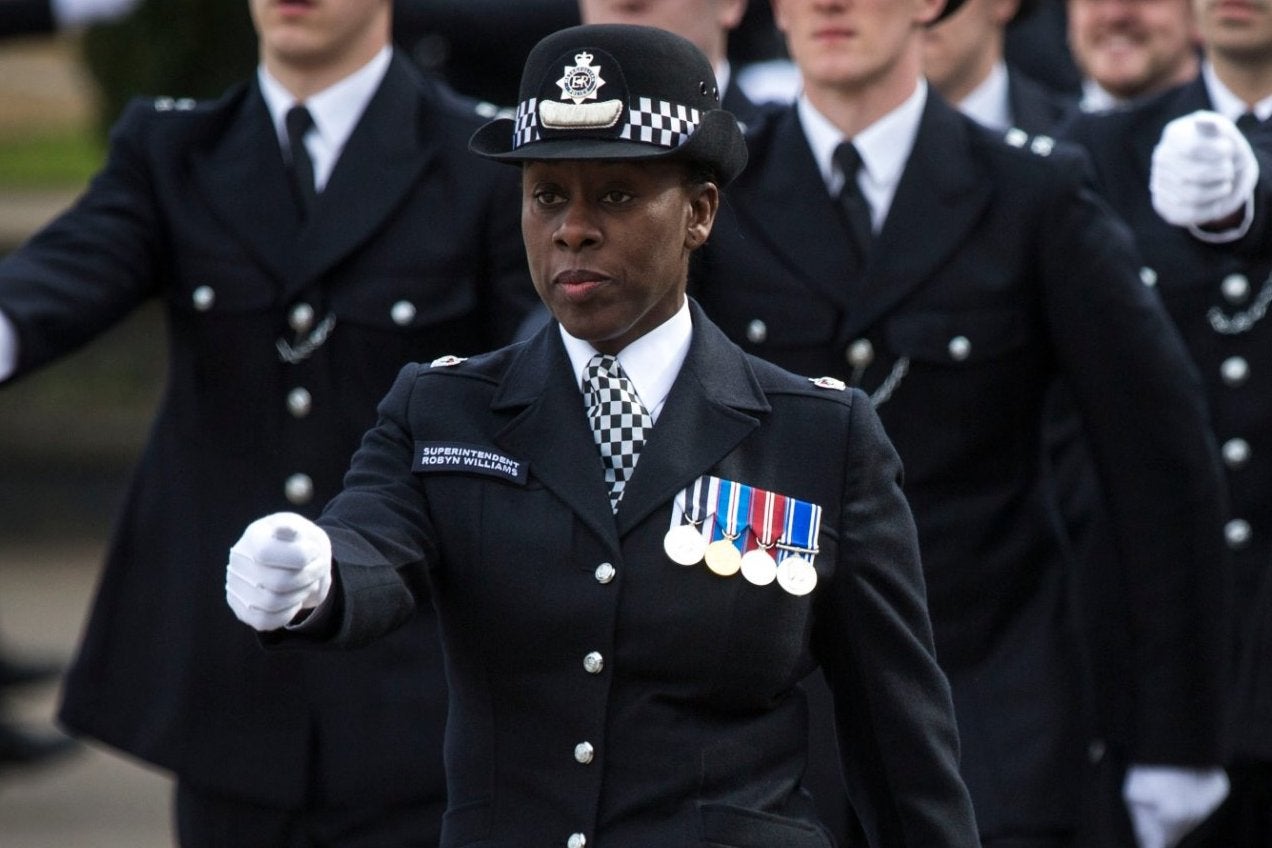 She was awarded a Queen’s Police Medal for distinguished service in 2003 and a Royal Warrant the previous year, and had also played leading roles in the police handling of the Notting Hill Carnival as well as the force’s response to the 2011 London riots.

The trial heard Massivi received the indecent video clip in a work WhatsApp group, forwarding it to his long-term partner Hodge who then sent it to her police officer sister and 16 other contacts.

Massivi told the trial he had wanted the video to be reported, and Hodge – called a “thoroughly decent woman” by the judge – said her actions were aimed at alerting the authorities to the child abuse.

Prosecutor Richard Wright told the court it is not claimed any of the three defendants had derived any sexual pleasure from the offending video, but that it was a “sad case of poor decision making rather than malice”.

Williams’ barrister, Anesta Weekes QC, told the court: “Punishment is immediate and for the rest of her life” and agreed with the judge that Williams’ police career is likely to be over

She added: “She has abiding devastation for the child in the video, that’s the sort of person Ms Williams was in the habit of looking after and doing something about. It was regrettable she found herself in this position.”

The court heard Williams was on restricted duties during her trial and now faces an Independent Office for Police Conduct misconduct investigation.

Williams and her sister will now be subject to sex offender notifications for the next five years, while Massivi will be for ten years.

Maryland trio set free after being wrongfully jailed for 36 years

Exactly what and when to eat before and after a workout, according to a dietitian