Bryant’s initial endorsement deal expired less than a year ago.

in Entertainment, World Sport
Reading Time: 1 min read
A A
0 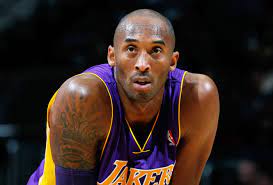 The first new shoe of the partnership will be the Kobe 6 Protro “Mambacita Sweet 16,” honoring Gigi Bryant, Kobe’s late daughter who was also on the fatal helicopter ride in January 2020 with her father.

The shoe will benefit the Mamba and Mambacita Sports Foundation.

ESPN reports that the shoe could arrive as soon as May 1, which would’ve been Gigi Bryant’s 16th birthday. The shoe was produced just before the end of the April 2021 contract but never released.

Vannessa shared she’s “excited” about the new deal formed with Nike on Instagram, extending her gratitude for the demand for her late husband’s shoes.

“I am so proud that my husband’s shoes are still the most worn by players on NBA courts and that the demand for his shoes remains so desired by his fans around the world,” she captioned.

“Kobe Bryant means so much to so many of us, not just NBA fans but globally beyond the game,” said John Donahoe, President & CEO, NIKE, Inc. “His impact in growing the sport, particularly encouraging women and young people to pick it up, endures as one of his deepest, lasting legacies. Together with Vanessa, we hope to honor Kobe and Gigi by championing a new generation for many years to come.”

COVID-19:Ghana reopens its land and sea borders 2 years after closure