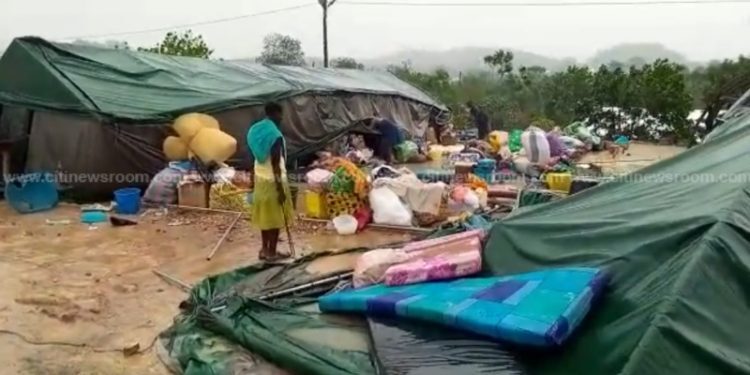 Over 50 persons displaced by the Appiate explosion have once again had their lives disrupted, this time by a rainstorm.

Following the explosion that claimed over thirteen lives, the residents had been staying at the Odumase relief camp, ahead of the rebuilding of the Appiate community. 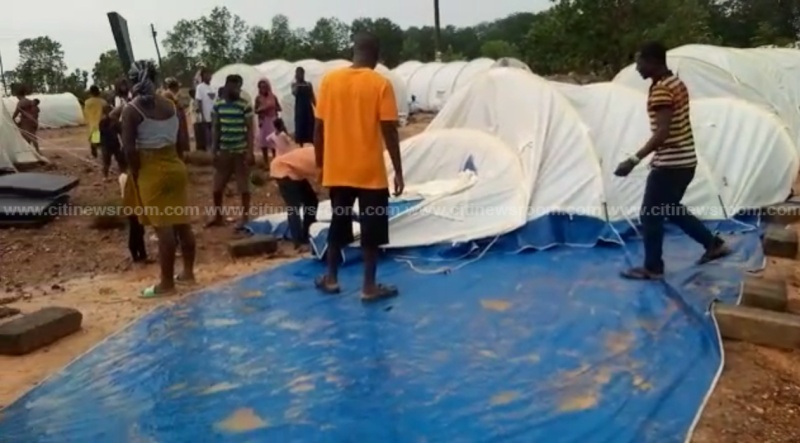 The destruction of some tents by the rainfall happened just about an hour after the Parliamentary Select Committee on Mines and Energy visited the camp.

The Deputy NADMO Director for Prestea-Huni-Valley, Louis Afful, has called for immediate support to restore the tents to offer some relief for the affected persons. 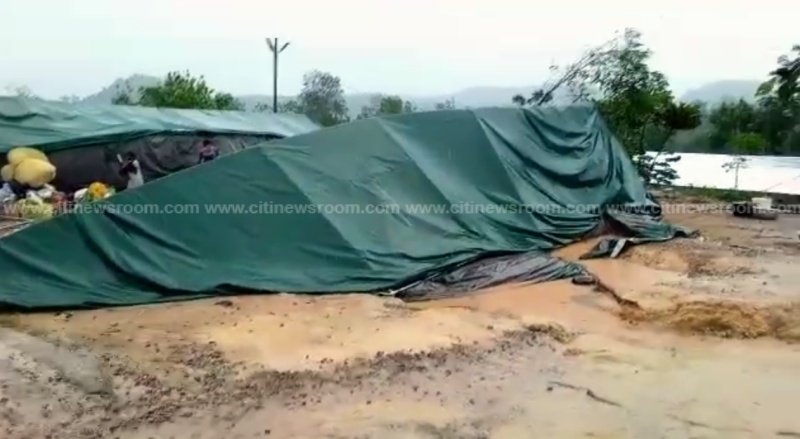 “Before the MCE and officials came here, NADMO even told them we need to work on new homes with immediate effect,” Mr. Afful said.

The Appiate Support Fund, which was set up to mobilise adequate funds to rebuild the community destroyed by the fatal explosion, has received over GHS 35 million in donations so far.

It is however unclear how soon the rebuilding will start and be fully ready for the residents to move in permanently. 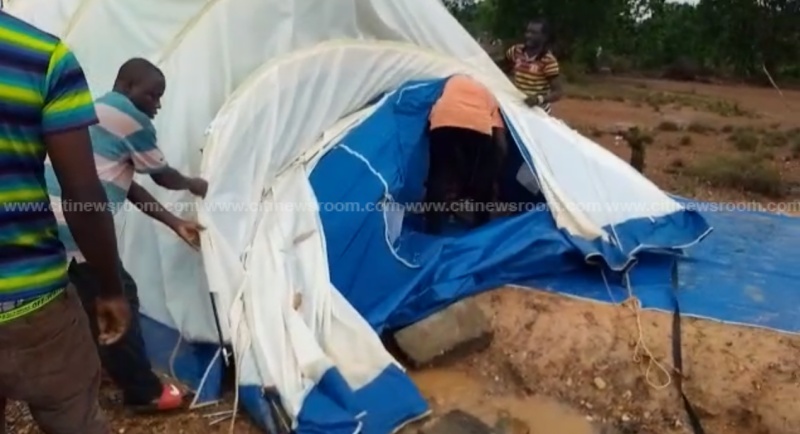 The explosion killed at least 13 people and wounded more than 100 others, and also leveled the majority of the several buildings in the area.