Macron and Le Pen through to second round – exit polls 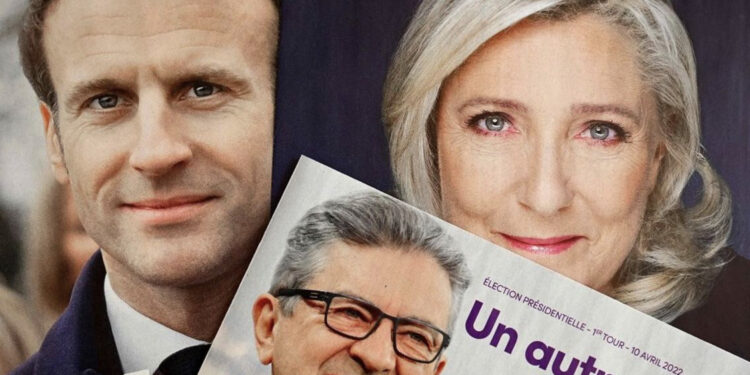 If borne out by official results, the two will advance to a presidential runoff on April 24 with strong echoes of their last face–off in the 2017 election. The projections show Macron with a comfortable first–round lead Sunday of between 27%–to–29% support, ahead of Le Pen, who is expected to capture 23%–to–24% of the vote.

But the second round is likely to be tight.

The election’s result will impact Europe’s direction as it tried to contain Russia and the havoc wreaked by Russian President Vladimir Putin’s war on Ukraine. The April 24 runoff appears set to pit the centrist president seeking to modernize the economy and strengthen European cooperation against the nationalist Le Pen, who has seen a popularity boost after tapping into voter anger over rising inflation. 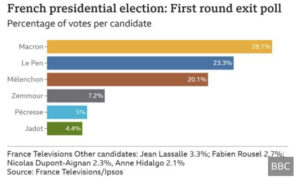