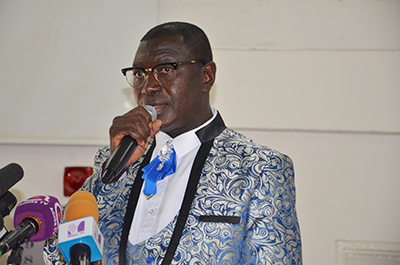 The Chief Executive Officer of the Awareness Healthcare Centre in Ghana, Dr. Samuel Ato Duncan, has revealed that some influential people in the country and some Scientists want him dead for discovering a cure for HIV/AIDS.

According to him, people are hunting him to stop him from making public the drug that is able to cure the deadly HIV/AIDS disease.

He added that influential people in Ghana and some Scientists worldwide have made several futile attempts on his life since 2007.

“I have received a lot of threats, many many threats to stay away from producing drugs to cure HIV/AIDS,” he told EIB Network’s Central regional correspondent, Yaw Boagyan during a media encounter at Wusorkrom at his production centre.

He also expressed his frustration at attempts to prevent him from saving the world from the deadly disease which has no cure.

“I don’t understand why some people don’t want HIV/AIDS to get out from this world…even if I am killed because I have the medicine that can cure HIV/AIDS, there must be somebody to continue producing the drug for HIV/AIDS,” he added.