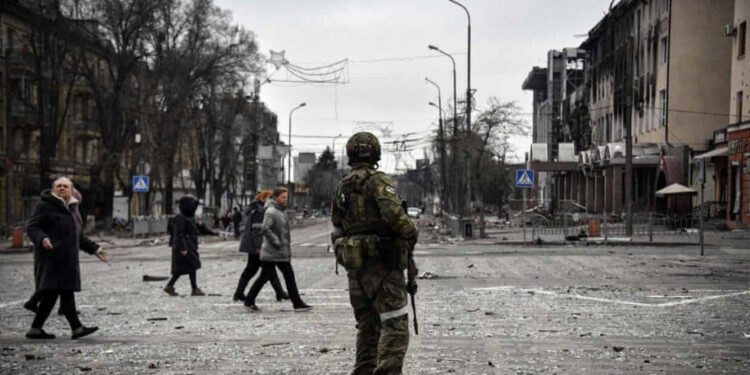 Russia says that more than 1,000 Ukraine marines have surrendered in the besieged port city of Mariupol, but Ukraine denies this.

The city’s deputy mayor, Serhiy Orlov, told the BBC that Ukrainian troops there were still fighting.

Fighting appears to be continuing around the giant Azovstal steel works in the port, which is one of two areas not under Russian control.

Russian television has broadcast footage which it says shows marines giving themselves up at the steel works.

But an adviser to Ukraine’s president insisted that the marines had in fact broken through to connect with Azov battalion forces in another pocket.

Mariupol is a key target for Russia as it seeks to establish a land route to the Crimea peninsula, which it annexed in 2014.

In pictures: Destruction in Mariupol