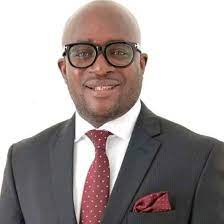 Deputy Energy Minister, Andrew Egyapa Mercer has dismissed suggestions that the country may be returning to the days of erratic power supply, otherwise known as ‘dumsor’.

Fears of a possible return to the dark nights of ‘dumsor’ are being expressed following the demand by the Electricity Company of Ghana (ECG) for a 148% increase in electricity tariff.

But Speaking on The Pulse, on Tuesday, the Deputy Energy Minister explained that government has engaged Independent Power Producers (IPPs) for additional power capacity to be added to the current power generation efforts.

“I do not foresee that we are going to have dumsor anytime soon. I do not foresee that the conversations that are actually ongoing today will lead to dumsor anytime within the foreseeable future. Like I indicated, the Energy Commission has a demand forecast system that projects additional power generation that government from time to time ought to add to the generation mix,” he said.

He noted that the Ministry will do everything within its power to ensure there is abundant power generation for consumers.

“We are following that [power generation mix] strictly and will ensure that there are no gaps that would then lead to deficiency in our generational capacity that could result in lack of electricity for our consumers. That I can assure you is what we are doing,” he stated.

A proposal submitted to the Public Utilities Regulatory Commission (PURC), by the ECG indicates a 148% adjustment to cover the period 2019 and 2022.

The ECG has subsequently proposed an average increase of 7.6% in tariff over the next four years to cover Distribution Service Charges (DSC).

The power distribution company attributed the high increase in the Distribution Service Charges to the gap that has developed over the years between the actual cost recovery tariff and the PURC approved tariffs as well as the cost of completed projects.

It also mentioned the continual application of the prevailing tariff (which was 14% lower) beyond the stipulated regulatory period and the effect of macroeconomic factors such as inflation and exchange rate fluctuation.

JoyNewsunderstands that the PURC is currently meeting with some stakeholders including the Mines and Energy Committee in Parliament, the Civil Society Organisations, the World Bank and USAID, the media and the Association of Ghana Industries (AGI) to put finality to the matter.

Meanwhile, the Ranking Member on Parliament’s Mines and Energy Committee, John Jinapor, says the proposed increment by the ECG cannot be accepted because it is “ridiculous”.

He says the proposal by the power distributor is absurd, owing to the fact that ordinary consumers are already reeling under harsh conditions from the 14% reduction announced by President Akufo-Addo in 2018.

In a Facebook post on Monday, the Yapei Kusawgu legislator argued that the announcement of that reduction was populist because it has accrued debt for the state.

“It is, therefore, preposterous for the utility companies to propose such astronomical tariff adjustments dating back to 2019. Today, the ordinary consumer is being called upon to pay for the debt that has accumulated from that populist reduction [of the President],” he said.