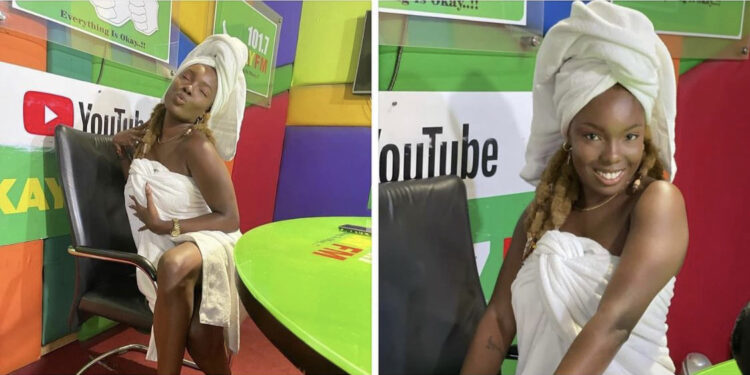 Ghanaian singer Feli Nuna has gotten tongues wagging after she appeared on live television wrapped in a towel. 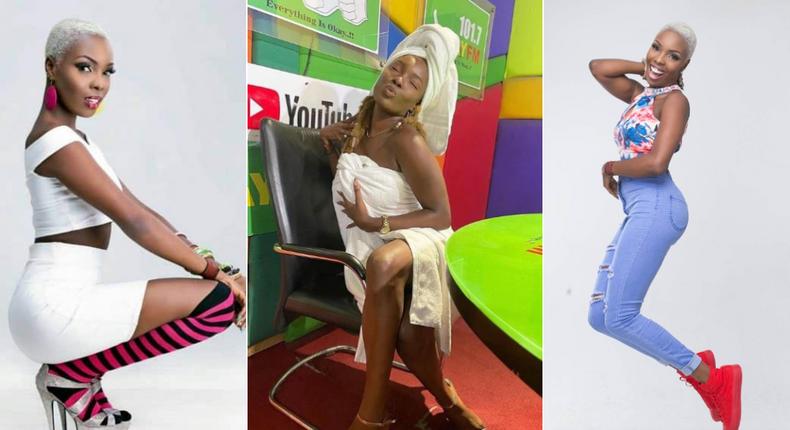 Felicia Nuna Akosua Tawiah, widely famed by her stage name, Feli Nuna is on the lips of many netizens and fans after making an appearance on TV for an interview wrapped in Towel.

The Off Da Ground signee artist made this spectacle during her media tour to promote her new single, ‘Towel’ which was released on May 11, 2022.

Nuna was seen on the set of Hitz Fm for a radio interview and later went to GHOne Television for an interview with Bliss and Jackie wrapped in a white towel as well as her hair.

She complimented her intriguing look rocking heels to spice up her look and adorned herself with some accessories to amp her new look over a subtle makeup.

The host, who was in shock, asked Feli Nuna about the inspiration behind her outfit on live TV. Feli Nuna explained that her look was to reveal the towel season as her newly released track is titled “Towel”.

When also questioned about her feeling secure and comfortable in the, she vehemently said ‘Yes’ and seemed more than ok wearing the towel as though she was wrapped up in a jumpsuit.

“Instead of u to sing good song ,u decide to do this foolish thing just to trend well I blame the host of the program.”

“How beautiful will this world be if people just saw people for who they are, or what they want to be. Just because you won’t wear a towel in public doesn’t mean the person doing it is “crazy” smh. It is her body, she can wear whatever she wants. ”

“Future role model out here living senseless. The bar is so low ppl don’t even try to hop”.
story by Daniel Nti

VIDEO: Shatta Wale arrives in Ghana like a King