In southern Belize, a sweet and creamy heritage drink made from seaweed has become a symbol of the country's sustainable underwater farming initiatives.

In Belize’s idyllic beach town of Placencia, the buzz of blenders has become something of a soundtrack. The once-quiet fishing village, which sits on the point of a 26km-long southern peninsula flanked by the Caribbean Ocean and a wildlife-rich lagoon, is often described by locals as “the caye you can drive to” because of its laid-back atmosphere. When temperatures soar, locals and travellers head to gaily painted beach bars that not only serve cold daiquiris and piña coladas but also a Placencia speciality: the seaweed shake.

Rather than tasting of salty nori, the creamy beverage is reminiscent of eggnog, thanks to the addition of freshly grated nutmeg, milk, sugar, vanilla and – depending on who’s behind the bar – a generous shot of rum. Its thick viscosity, however, can be credited to one particular variety of mineral-packed edible seaweed (Eucheuma isiforme) that has long been harvested along the Belizean coast.

Today, Placencia has become famous for its influx of sustainable seaweed farming initiatives, which in turn, are creating new carbon sinks and helping to restore the region’s diverse marine life. And you don’t have to go far to find the treasured greens. Stroll along the pedestrian-only Placencia Sidewalk and you’ll find a number of restaurants serving seaweed shakes. Strike up a conversation with a local and you’ll quickly see the beverage’s ties to not just the town’s heritage, but also to its ecological and economic future.

“People have been making seaweed drinks in Belize for generations,” said Lyra Spang, a Placencia-based culinary anthropologist and founder of Taste Belize Food & Culture Tours. “Placencia is particularly known for seaweed because the Placencia Producers Cooperative, the villages fishing co-op, was the first entity in Belize to attempt cultivation of the seaweed.” 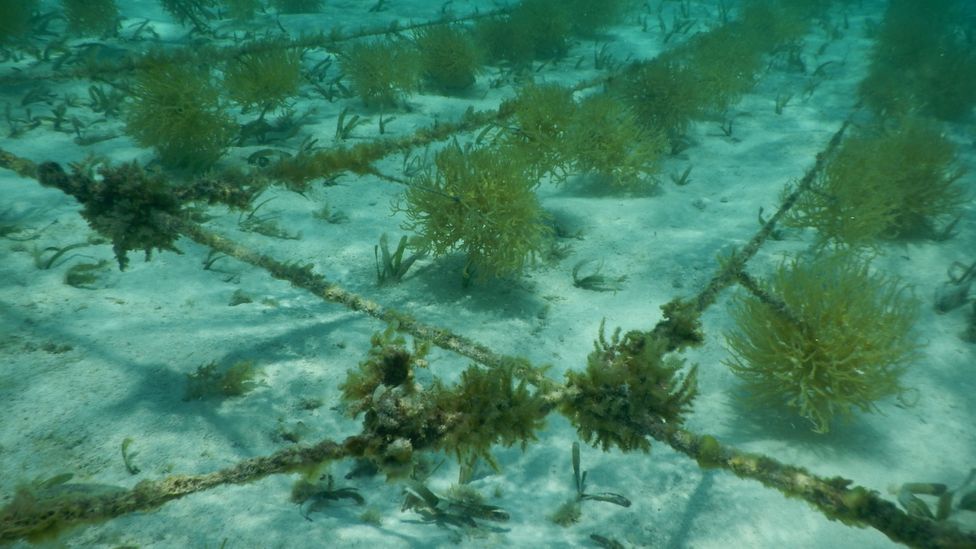 In Belize and other neighbouring Caribbean countries, communities have long consumed seaweed drinks for their supposed health benefits, said Spang, who often introduces travellers to the drink on her Placencia Village Food Tour. As locals say in Belizean Creole, it’s “good fi di back” (good for the back), which means it supposedly increases sexual performance and reproductive health, she added. Above all else, it’s notably high in protein and dietary fibre, as well as minerals like potassium, magnesium, iron, zinc and selenium – making it the perfect refresher after a long day of scuba diving, snorkelling or marvelling at the multitude of Maya ruins that dot the lush countryside. Although these drinks can be found throughout the country and other Caribbean nations, Placencia is taking things one step further by developing an entire sustainable industry around seaweed farming.

While the exact origin of Belize’s seaweed-based drinks is unknown, many believed the recipes arrived in Belize by way of Jamaica, where sea moss smoothies are popular. Many edible marine plants can be used as thickening agents due to their carrageenan content, a jelly-like carbohydrate that’s now widely used in the food industry to make desserts like ice cream, puddings and custards. This knowledge was likely brought to the Caribbean from the United Kingdom and Ireland, where the use of Irish moss (Chondrus crispus) in traditional cooking dates back centuries, said Spang.

For a while, it was more of a workman’s drink served in bottles

It wasn’t until the advent of blenders and ice that the beverage achieved commercial appeal, with The Galley Restaurant and Bar being one of the first restaurants in Placencia to sell what co-owner and jazz musician Cleveland Berry coined “seaweed punch” in the 1980s.

“For a while, it was more of a workman’s drink served in bottles,” said Jolie Pollard, whose grandparents Julia and Cleveland Berry founded the restaurant. “The two of them started serving milkshakes and my grandfather started making his seaweed punch in a way that was thick and creamy – almost like ice cream. The trend caught on.” 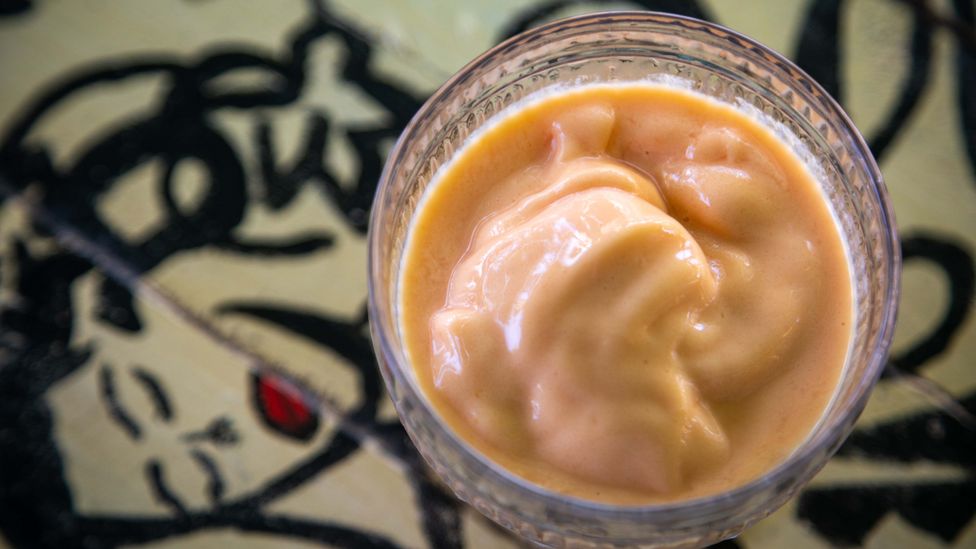 Today, Pollard has continued their legacy by creating Ikooma, a seaweed-based haircare brand. And as for seaweed shakes, other establishments in the village have iterated on the original. The Shak, a locally owned beach cafe beside the main pier, has been serving seaweed shakes for nearly two decades and now offers 32 flavours such as Oreo, peanut butter and coffee. At roadside coffeeshop Brewed Awakenings, you can also find unique blends like spiced chai and orange creamsicle.

“When people think about seaweed, they sometimes associate it with the sargassum that plagues the beaches in many instances,” said Jacklin B Marroquin, owner of Brewed Awakenings. “Most people expect it to taste fishy but are amazed when all they can taste is the flavour that they’ve chosen, be that chocolate, coffee or fruits.”

To prepare the seaweed for shakes, it’s first soaked in hot water before being left to rest. Once it’s fully cooled down, it’s blended with some water – turning it into a jelly – and stored in containers for use during the day, said Marroquin.

The seaweed used in beverages was once harvested from the wild, where natural patches were heavily guarded secrets among fishermen. Due to issues of overharvesting from the reefs, most restaurants now source their seaweed from farms not far from town, many of which are part of the Placencia Producers Cooperative Society, where Kurt Godfrey Jr, a third-generation seaweed farmer, helps oversee the management of the seaweed farms. He and his family have long been heralded as the pioneers of seaweed farming in Placencia, distributing more than 450kg of seaweed per month since the 1980s and exporting some of it to the US, Mexico and Australia. 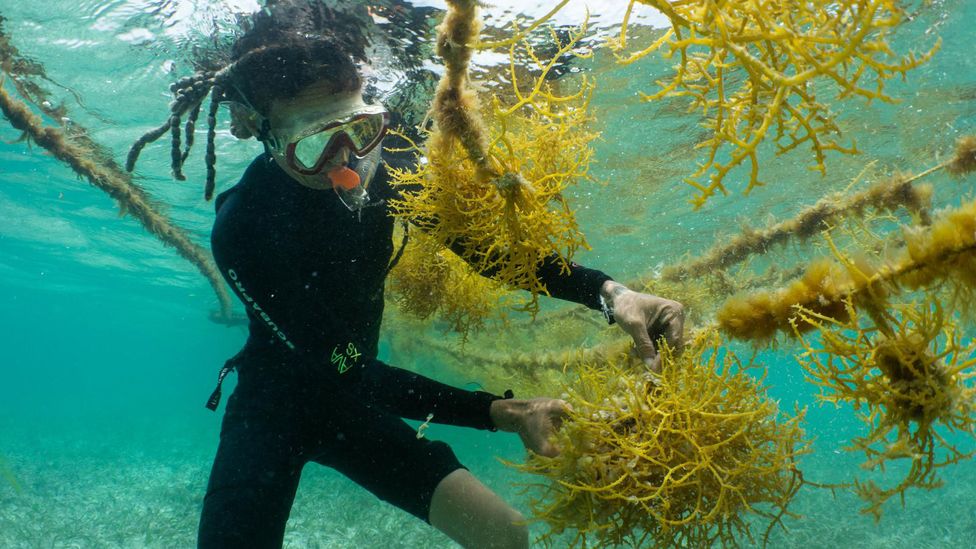 Today, seaweed farming is seen as an alternative income source to fishing (courtesy of The Nature Conservancy)

It wasn’t until 2013, however, when Belize established a network of marine protected areas, that others began to look to seaweed farming as an alternative income source to fishing. Today, Belize is one of the most progressive countries when it comes to protecting marine life. Home to the world’s second-largest barrier reef, it was one of the first countries to ban trawling and recently passed a new bill to ban gill netting. To help displaced fishing communities, The Nature Conservancy (TNC) began supporting seaweed farming initiatives in Placencia. What was launched as a pilot project to support economic growth now has the potential to become a thriving industry that also benefits the environment, said Julie Robinson, the Belize programme director at TNC.

“We quickly realised that this wasn’t just about livelihoods – the farms were also providing a habitat for both commercially and ecologically important species,” said Robinson. “I was seeing juvenile parrotfish, snappers and even juvenile lobsters. It was almost like there was a little artificial reef around the [seaweed] farms, providing a restorative function.”

Part of the goal of the project was to ensure that other ecologically important marine plants weren’t removed to make way for farms. TNC provided training to more than 100 people, teaching them how to grow the seaweed along ropes underwater and harvest responsibly. While seaweed farming was once a male-dominated industry, women have since got involved, sparking the creation of the Belize Women’s Seaweed Farmers Association (BWSFA) in 2019, said Robinson.

“The women are really passionate about not just having their own farms, but also creating value-added products that uplift their communities,” she said. One member of the BWSFA is in the process of creating seaweed salt, while another is making seaweed-based nutritional supplements. 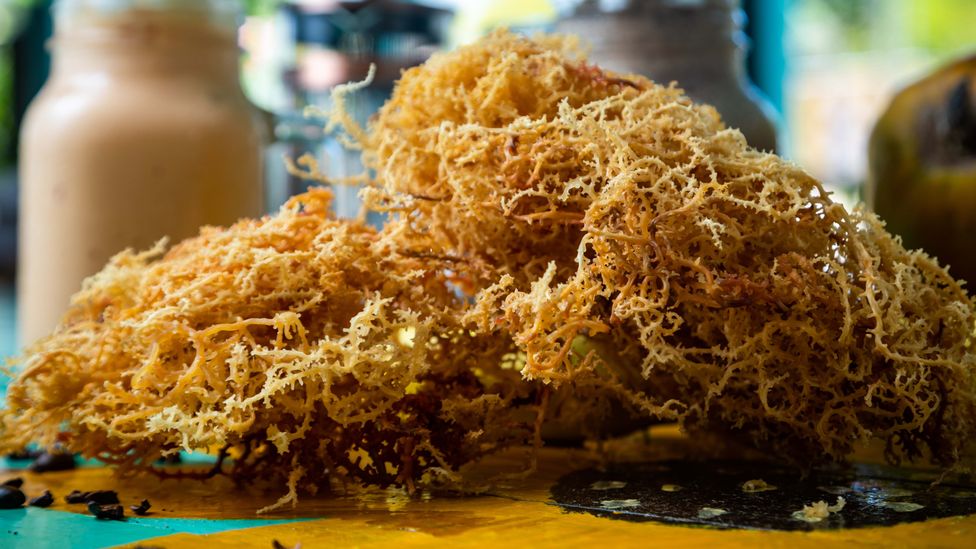 For travellers, one of the most exciting developments could be a brand-new tourism offering: seaweed farm snorkelling. The BWSFA’s president, Mariko Wallen, is using her experience as a tour guide and coral restorer to launch seaweed farm tours in Placencia later this year, where visitors will learn to harvest seaweed while spotting rare marine life like silvery tarpon, curious squid and massive stingrays.

The best reward for a few hours spent working hard as an underwater farmer is none other than a creamy seaweed shake – paired with good conversation and a view of the ocean. Placencia may be diligently striving to build a new industry based on a heritage ingredient, but the act of enjoying the iconic creamy beverage is still a slow, social affair. With the sound of waves lapping, yellow warblers chirping and blenders buzzing, you’ll likely develop a newfound appreciation for the forward-thinking Belizean peninsula that still operates on “island time”.
source:theguardian

Simone Biles, other women seek $1B-plus from FBI over Nassar