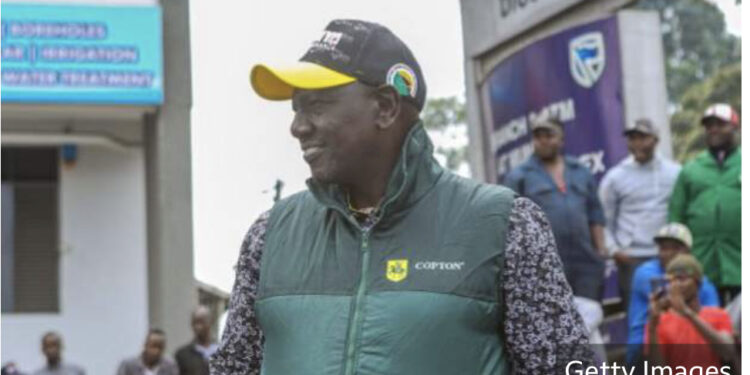 Kenyan police in the capital Nairobi have raided offices believed to be linked to the country’s deputy president, William Ruto, who is one of the main candidates in next month’s elections.

An official at the deputy president’s campaign secretariat told the BBC they would not want to be drawn to what he described as “mere side shows and distractions”.

The raid comes amid tension between the country’s security forces and the country’s Independent Electoral and Boundaries Commission (IEBC).

Over the weekend the head of the commission strongly criticised a decision to detain three foreign nationals who had been contracted to work on the country’s electronic voting system.

The police dismissed allegations by the IEBC, saying there was no evidence showing that the electoral body had contracted the trio or that they were employees of the firm contracted by the commission.

The presidential race is seen as a close contest between Mr Ruto and a former prime minister, Raila Odinga.