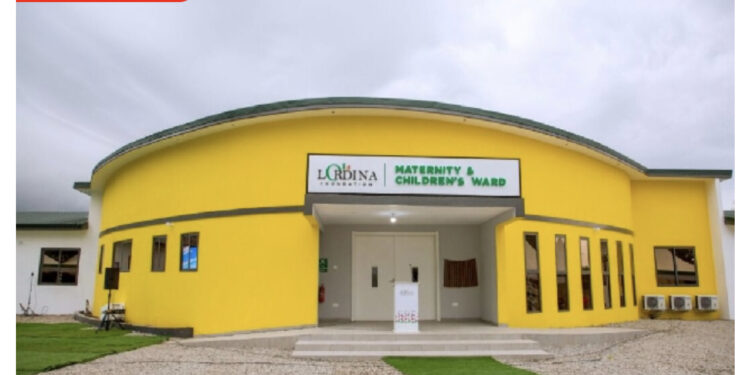 Former President John Dramani Mahama and his wife, Lordina Mahama, have constructed and gifted the Bole Community in the Savanna Region, a 45-bed maternity and children’s ward in the Bole District Hospital.

The Hospital was gifted as part of a gesture to mark their 30th marriage anniversary.

The 865sqm Lordina Foundation Maternity and Children’s Ward has a total of 45 beds, 10 baby cots, 5 weighing scales with height measurements, a Kangaroo Mother and Child Care Centre, a Delivery Room with two delivery beds, and a Recovery Ward.

Mrs Mahama who was enskinned as Queen mother of the Bole traditional area speaking at the event said her Foundation will continue to support the health care system in the country.