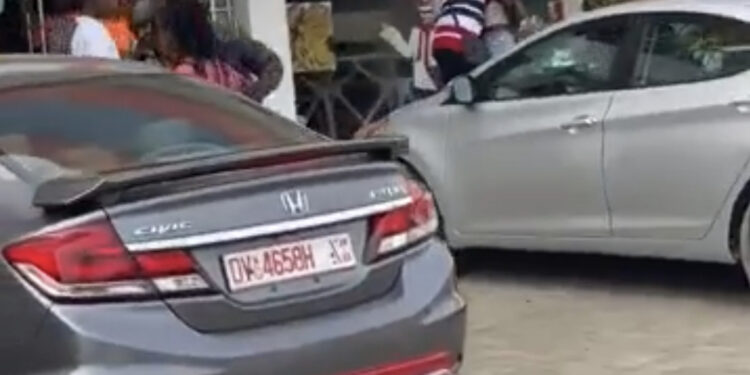 Patrons of Doughman Foods in East Legon were today entertained with the sight of a fight between two side chicks over a married man.

Two side chicks of a supposed married man have clashed at the East Legon branch of Doughman Foods.

In a video that has since gone viral, the man was at Doughman with one of the ladies.

All of a sudden, the other side chick walked in on them and started questioning who the young lady is.

The exchanges got heated and drew the attention of other customers and people close by.

In order to avoid shame, the man at the centre of the controversy whisked the lady he came there with into his Honda Saloon car and sped off.

The other lady who could not come to terms with what the man had done gave them a wild chase but failed to catch up.

Social media reactions to the video have been that of shock considering the times the world finds itself in and the fact that two unmarried ladies will fight over a married man.