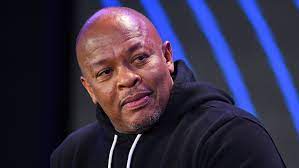 Dr. Dre revealed how close he came to death following his brain aneurysm last year, with his family invited to share their last goodbyes with the superstar producer.

The West Coast legend explained how doctors thought he was going to die during a candid interview on Dolvett Quince’s podcast. He recalled being admitted to Cedars-Sinai hospital in January 2021 during the pandemic.

Your Blood Pressure goes up anytime you have an orgasm – Ophthalmologist

Dr.Dre is Forbes music Top earner of the decade

“I’m at Cedars-Sinai hospital and they weren’t allowing anybody to come up, meaning visitors or family or anything like that, because of COVID, but they allowed my family to come in,” Dr. Dre shared. “I found out later, they called them up so they could say their last goodbyes because they thought I was out of here.”

However, Dr. Dre was initially unaware of the gravity of his situation when his family visited. “Nobody told me,” Dr. Dre said. “I had no idea. That was crazy.”

During his hospitalization, Dr. Dre spent two weeks in ICU, during which time he did not eat.

“Because of what was going on in my brain, they had to wake me up every hour, on the hour, for two weeks to do these tests,” Dr. Dre said. “Basically, sobriety tests, like touch your nose, rub your heel on your calf, and all that s###.” Watch the clip below.

Just months later in June 2021, Dr. Dre revealed he was “feeling fantastic,” and shared his thoughts on his health scare.

“It’s a really weird thing. I’ve never had high blood pressure. And I’ve always been a person that has always taken care of my health,” he said.

“But there’s something that happens for some reason with Black men and high blood pressure, and I never saw that coming. But I’m taking care of myself,” Dr. Dre continued. “And I think every Black man should just check that out and make sure things are OK with the blood pressure. I’m going to move on and, hopefully, live a long and healthy life.”

US discourages Dennis Rodman from going to Russia to help Griner