in Entertainment, Fashion
Reading Time: 1 min read
A A
0 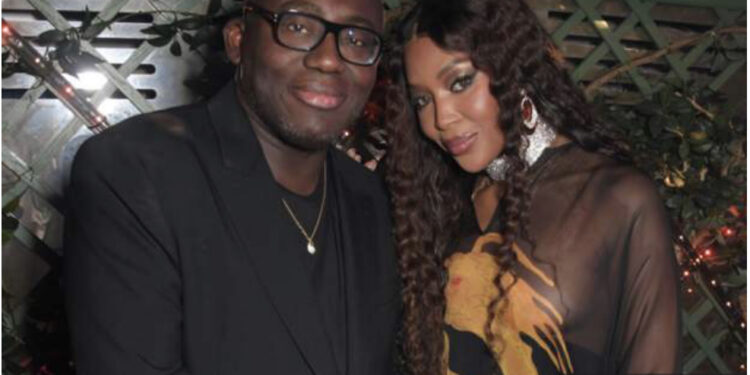 “Africa is the next frontier” of fashion and the industry on the continent is “so exciting”, British Vogue’s editor-in-chief, Edward Enninful, has told the BBC’s Africa Daily podcast.

Mr Enninful, who moved to the UK from Ghana as a refugee at the age of 13, is a big figure in the world of fashion counting the likes of Beyonce, Rihanna and Oprah Winfrey as close personal friends.

Adele looks teary-eyed as she sneaks out of Drake’s 33rd birthday bash in Hollywood after partying with Diddy and Chris Brown… (but where’s her rumoured beau Skepta?)

He said western designers are starting to show a real interest in Africa, citing Chanel, who he said will be showcasing its designs in Senegal and other companies will follow.

When asked about his favourite African designers, he cited Nigerian Kenneth Ize: “I love Kenneth Ize” he said.

“He brought something so new to the industry,” he added, highlighting Mr Ize’s passion for “sustainability” and “craftsmanship”.

Earlier this year, Mr Enninful was praised for a Vogue front cover he commissioned which featured all African models. The dark-skinned models could be seen wearing black-tailored outfits.

Mr Enninful told the BBC the whole point of the cover was to show “versatility” of African models and to “subvert” the idea that they only work with colourful or summer clothes.