Ghana: Traders and Consumers are blaming Gov’t of hikes in foodstuff prices on markets 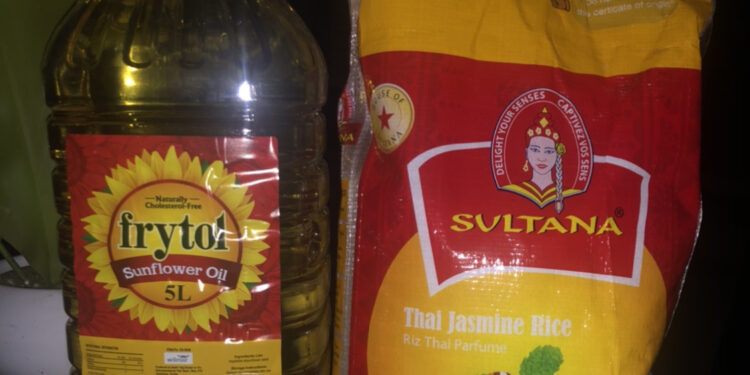 According to a market study by the NSEMGH, the increase in gasoline costs is mostly to blame for the sharp rise in food prices at various market centers around the nation.

In the La Nkwantanang Municipality of the Greater Accra Region, Benedict writes that traders have attributed the situation to the expense of transportation and said that the Ukraine war and Government mismanagement had also led to hikes in basic goods.

A bag of corn presently costs GH700.00, double the amount it did last year when it was sold for GH300, at the Madina market, where vendors claim that a sack of onions that was formerly sold for GH350.00 approximately two months ago is now sold for GH500.00 to GH600.00.

The businesses and some consumers urged the government to adopt measures to slow the rate at which prices for products and services remained rising daily.

Madam Osei, who sells tomatoes at the Madina Market, claimed that even though there was always a supply of the veggies, the cost continued rising. She added that last Monday, she paid GH 400 for a box of fresh tomatoes. Despite the fact that the cost of several important food products had gone up, she remarked, “when I went for another consignment on Monday, I got each box for GH500.00. This present increment is because of the Easter celebrations.”

The purchasers bemoaned how difficult it had become for them to support their families because of how quickly the cost of products and services has increased.

A student teacher named Mr. Roland Mensah complained that every time he went to the store to replenish his stock of goods at home, he was met with new pricing that he found to be rather unsettling.

Beans sold for GH₵6 now goes for GH₵8 depending on the size of cup, groundnut GH₵4 and above, gari at GH₵3 and above while an “olonka” of maize, which last year was GH₵7 now sells at GH₵15 and beyond.

Five large cassava tubers cost GH$20 and up, five plantain fingers cost GH$50 and up compared to GH$30 last year, six okro pieces cost GH$5 and up, and oil costs GH$7 and more depending on the size of the container.

A small basket of tomatoes that might have sold for between GH50 and GH previous year now sells for GH80 and more. A 5kg bag of rice that last year could be purchased for GH30 now costs GH45 and above.

A crate of egg is now selling at GH₵25 and beyond from initial starting prices of GH₵18 and GH₵19 at some places depending on the size of the eggs.

Taro leaves (kontomire) now sell at GH₵8 and beyond at some markets meanwhile it was 3 for GH₵5 last year, bell peppers sell at GH₵2 and beyond, same for ginger and garden eggs while turkey berry (beduru or Kwahu nsusuaa) is sold at GH₵1 up from 50Gp last year.

Ms Gloria Ayettey told NSEMGH at the Makola that she had to cut down on the quantity of items she had come to buy at the market, because the prices were beyond her budget.

She indicated that she had been there just a week ago only to come again and prices of items had gone up, adding that “I sell food, so if the items keep increasing like this then I also have to be increasing my price lists and that is affecting my clients’ base.”

Aunty Maggie, a trader at the Mallam Market, said the government had to, as a matter of urgency, do something to help Ghanaians because the “hardship” in the country was heightening.

She said things like the increment of commodities which was a consequence of high petroleum prices was making the government unpopular for which reason something had to be done.

Edward Kwarteng, a dealer in unisex belts, bags and shoes at Kaneshie, said he was astonished at the rate at which prices shoot up every now and then, adding that he had no option than to add up to his selling prices so he could make profits.

At the Odawna (Circle) Market, Agya Poku said the increase in prices had “grown from bad to worse,” hence the need for something to be done about it.

Ohene reports from the Adenta Market,in the Greater Accra Region, that a five-litre bottle of Fleure Sunflower cooking oil was now sold at GH₵150.00, up from GH₵105.00 last week and GH₵85.00 a month ago, while a 10 KG of Samad basmatic rice now sells at between GH₵230.00 and GH₵205.00, depending on the shop as against GH₵200.00 for the Jasmine product a few days back. www.nsemgh.com/market

Ms Safia Abdulai who traded in the aforementioned commodities said even though sales had reduced due to the increased prices, she had no choice than to increase the prices to maximise profit.

Kay J, a dealer in grains and cereals, said prices of her wares had increased steadily, stating that a bowl of maize sold at GH₵10.00 whereas a bowl of millet sold at GH₵15.00 as against GH₵8.00 and GH₵10.00 respectively some few days back.