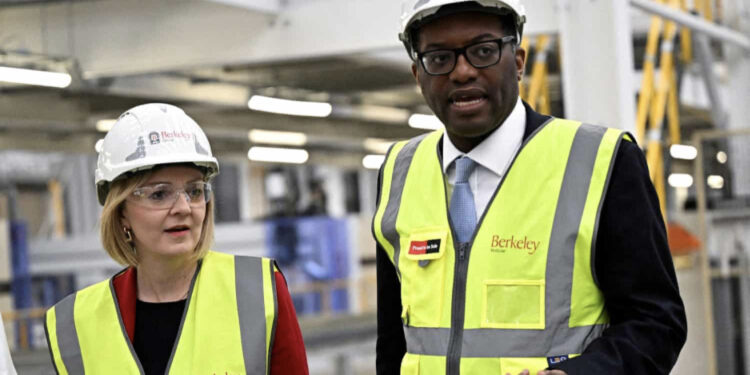 The first signs of friction between Liz Truss and Kwasi Kwarteng over how to deal with the tanking pound have emerged, after the pair met in No 10 to thrash out how to respond on Monday.

Downing Street rebuffed talk of a split between No 10 and No 11 over how to deal with the market reaction to the mini-budget, and denied that there was a row.

However, Whitehall sources said there was talk within the civil service of an argument between the prime minister and chancellor at the meeting on Monday morning.

Sky News said Truss had been resisting Kwarteng’s suggestion that a Treasury statement was needed to calm the markets.

The Treasury released a statement late on Monday afternoon setting out plans to commission a forecast from the Office for Budget Responsibility and hold another fiscal event in mid-November.

A No 10 source insisted it was “nonsense” that the pair had been at loggerheads during the meeting, saying Truss meets Kwarteng every day and there was no argument.

But another government source contradicted that, acknowledging that there was friction at the encounter.

Truss and Kwarteng have long been friends, having set out their free market economic vision as far back as 2012 in a book called Britannia Unchained. She asked him to be chancellor near the beginning of her leadership campaign and the pair met frequently in Greenwich, where they are neighbours, to map out their plans.

The fiscal event on Friday introducing £45bn of tax cuts was devised by them both, but the market reaction since then has been savage, with the pound falling at points to a historic low and yields on gilts rising.

A senior Bank of England official on Tuesday said “significant” increases in interest rates would have to be imposed by the central bank.

The Bank’s chief economist, Huw Pill, said the chancellor’s planned tax cuts would act as a stimulus and increase inflationary pressures, with the result that interest rates would need to go higher than previously forecast.

“In my view, a combination of the fiscal announcements we have seen will act a stimulus to demand in the economy,” he said. “It is hard not to draw the conclusion that this will require a significant monetary policy response.”

Lenders have already withdrawn hundreds of mortgage deals this week, following Kwarteng’s mini-budget and the pummelling the pound has taken on foreign exchanges, as they struggle to price their products due to the financial market volatility.

Aisha trial: We need to take a strong stance against illegal mining – Judge

Ghana: Traders and Consumers are blaming Gov’t of hikes in foodstuff prices on markets 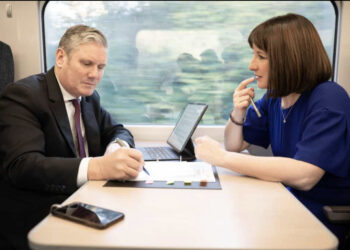 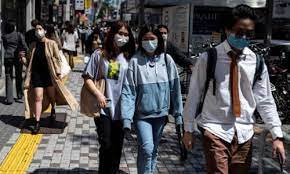 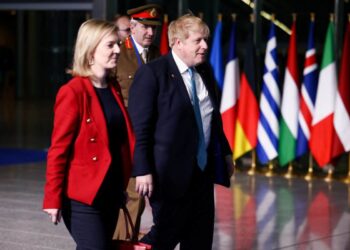