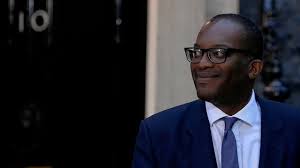 The chancellor, Kwasi Kwarteng, held undisclosed meetings with senior executives of Saudi Arabian firms when he was the business secretary, documents acquired by the Guardian show.

The meetings occurred in January, when Kwarteng visited the kingdom for a two-day trip under his previous ministerial role.

UK Truss to sack Kwarteng and replace him with Nadhim Zahawi

However, transparency disclosures from the Department for Business, Energy and Industrial Strategy did not contain any reference to meetings during the period Kwarteng was in Saudi Arabia when originally published.

While meetings with foreign government figures are not required to be declared, encounters with business executives should be. A government spokesperson said there had been an “administrative oversight”.

Kwarteng was flown around the kingdom by Saudi Aramco, which operates a number of helicopters, jets and airports. The flights provided the opportunity for the oil company to lobby the minister then responsible for the UK’s energy policy, the documents suggest.

Minutes of meetings held by Kwarteng written by an official that accompanied him include a section titled “Aramco flight talk”, noting Kwarteng discussed the “history and opportunities for the company”.

Other points of discussion on the flight were redacted by the business department on the grounds of potential prejudice of UK-Saudi relations, possible harm to the formulation of UK government policy, and the need to protect commercial interests.

Kwarteng’s travel by Aramco aircraft also raises questions about compliance with the ministerial code, which states that offers of free travel “should not normally be accepted. The only exception to this is in the case of an offer of transport from an overseas government provided no undue obligation is created.”

In its response to an FoI request, the business department said “in some cases, transport and accommodation was provided by Aramco, but this was organised by the Saudi energy ministry, who worked closely with the British embassy [in] Riyadh on the programme.”

According to his itinerary, Kwarteng met Amin Nasser, the chief executive of Saudi Aramco, at Ithra, a cultural centre owned and operated by Aramco. The official’s minutes note only that Kwarteng “toured the library and the exhibitions (contemporary art, Islamic art and Aramco exhibits)”.

Although the meeting with Nasser was not disclosed on the list of ministerial meetings published in July, some details were revealed on 20 September by a business department minister in response to a parliamentary question from the Green party MP Caroline Lucas.

Kwarteng’s other meetings with Saudi executives have never been disclosed by the government in any form. His visit to a Sabic plant was, however, disclosed by the company in a tweet. Documents obtained by FoI request show that he also met Sabic’s chief executive, Yousef al-Benyan.

Lucas criticised the lack of transparency and called for the meetings with Aramco and Sabic to be “fully and comprehensively” disclosed. She said: “If our then energy secretary, now chancellor, has failed to declare his meetings properly, how are we to believe that our climate policies have not been squandered, our energy security has not been compromised, and Saudi Arabia’s appalling human rights record has not been brushed under the carpet?”

A briefing pack prepared for Kwarteng before his trip by civil servants, which was also obtained through FoI, sheds light on the information provided to ministers before travelling to Saudi Arabia, including on the status of human rights in the kingdom.

The final sub-heading, “human rights”, has just four bullet points, one of which was redacted by the business department, which cited potential prejudice of UK-Saudi relations. The other three bullet points all stress positive developments in Saudi human rights, stating for example that “women’s rights continue to improve dramatically”.

One bullet point states that judges give “equal weight” to a mother’s and father’s views in divorce cases, while another noted that the World Bank had praised Saudi Arabia for eliminating restrictions on women’s rights to employment.

There was no reference in the unredacted bullet points to what Amnesty International described as Saudi Arabia’s “appalling human rights record”, which includes the murder of Jamal Khashoggi, persecution of women’s rights activists and peaceful critics, and abuse of migrants’ rights.

In a statement, a government spokesperson blamed the failure to declare the meetings on an “administrative oversight” and said the data would be updated.

They added: “The briefing being referred to is only one part of wider​ briefing [Kwarteng] received on ​Saudi Arabia, which included content on human rights, recent political developments in Saudi Arabia and UK-Saudi engagement activity.” 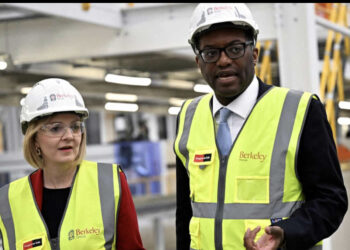 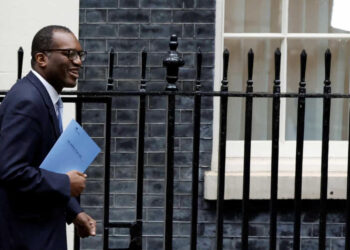