Let think about our relationship with Saudi – Biden 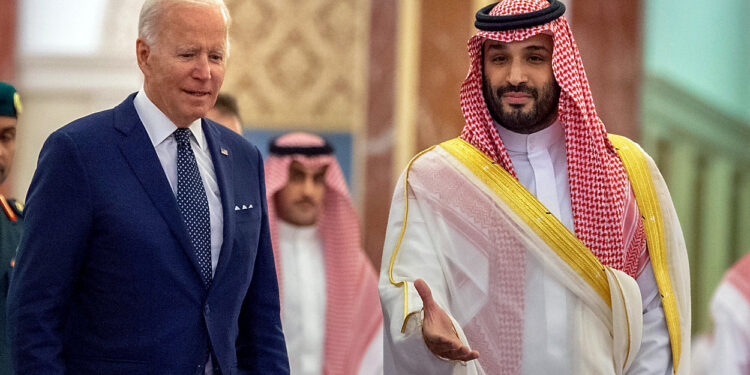 The Biden administration has said it is ready to consider tough new measures against Saudi Arabia after its decision last week to side with Vladimir Putin and cut oil production.

Observers said the move signalled a dramatic abandonment of the US president’s recent attempts to seek a rapprochement with Crown Prince Mohammed bin Salman, and casts doubt over the future of the US-Saudi security relationship.

“I think the president’s been very clear that this is a relationship that we need to continue to re-evaluate, that we need to be willing to revisit,” John Kirby, the strategic communications coordinator for the national security council, said on CNN. “And certainly in light of the Opec decision, I think that’s where he is.”

Among other options, Kirby suggested Biden would speak to senior Democrats on Capitol Hill who have been calling for the US to curtail its cooperation with the kingdom in light of what was seen as Bin Salman’s decision to side with Russian interests over the US. The move to cut oil production comes just weeks before a critical midterm election that could hinge on how much American consumers are paying at the pump.

“I think he’s going to be willing to start to have those conversations right away,” Kirby said.

The congressional backlash against Saudi Arabia escalated sharply this week after Robert Menendez, the powerful Democratic chairman of the Senate foreign relations committee, threatened to freeze weapons sales and security cooperation with the kingdom, saying Bin Salman was helping to “underwrite Putin’s war through the Opec+ cartel.”

Menendez said there was “simply no room to play both sides of this conflict”.

“I will not green-light any cooperation with Riyadh until the kingdom reassesses its position with respect to the war in Ukraine. Enough is enough,” he said.

“We went from engaging [Bin Salman] to back to him being a pariah,” Riedel said, referencing a campaign promise Biden made – but later abandoned – to isolate the prince because of his alleged role in the murder of journalist Jamal Khashoggi

The move by the Opec+ group of the oil cartel and its allies to cut oil production over the objections of the White House was seen by many Democrats as an attempt by the Saudis to tip the scales of November’s midterm election against Biden.

“I think the pressure from within the Democratic party is enormous. The administration will have to take some step like reducing American forces. The media, and constituencies that matter to Democrats are all demanding steps,” Riedel said.

The Saudis apparent decision to turn their backs on their US allies in favour of Russia comes despite the kingdom’s dependence on the US for its security.

In some quarters, it was seen as more evidence of rash decision-making by Bin Salman.

Seth Binder – director of advocacy of Pomed, a group that supports democracy in the Middle East – said he believed Kirby’s remarks demonstrated a genuine sense of frustration from inside the administration at Saudi Arabia’s Opec+ decision.

“This could become a watershed moment – barring a change in Saudi policy – similar to [Bin Salman allegedly ordering] the brutal murder of Saudi journalist Jamal Khashoggi, particularly for Congress, that forces a shift in the US relationship towards Saudi Arabia,” Binder said.

A Democratic senator and a member of Congress – Richard Blumenthal and Ro Khanna – expressed similar sentiments in an opinion piece for Politico that also accused Saudi Arabia of undermining US efforts and helping to boost Putin’s invasion of Ukraine.

“The Saudi decision was a pointed blow to the US, but the US also has a way to respond: it can promptly pause the massive transfer of American warfare technology into the eager hands of the Saudis,” they wrote.

While similar proposals have failed in the past, Blumenthal and Khanna said “intense bipartisan blowback to Saudi Arabia’s collusion with Russia” meant that “this time is different”. Their piece followed a call last week by Chris Murphy, another Democratic senator, for a “wholesale re-evaluation of the US alliance with Saudi Arabia” and Tom Malinowski, a New Jersey Democratic congressman, introducing legislation to withdraw US troops from Saudi Arabia and the United Arab Emirates.

In his statement, Menendez suggested he did not support an outright ban on all support, saying he would block all arms sales and security cooperation “beyond what is absolutely necessary to defend US personnel and interests”.

William Hartung, senior research fellow at the Quincy Institute, commended Menendez’s statement but said that to have “maximum impact”, the cut-off ought to cover “all weapons transfers, spare parts, and maintenance to the Saudi military”.

“In addition, a suspension should be tied not just to Saudi Arabia’s ties with Russia or stance on the Ukraine war, but also to pressing the Saudis to refrain from airstrikes on Yemen and to fully lift its blockade on that nation as a step towards good faith negotiations to end the conflict,” he said.

Khalid Aljabri, whose father, Saad, is an exiled senior Saudi intelligence official, said the “weaponisation” of oil was likely to have a broader impact on the US-Saudi relationship, as ordinary Americans would probably begin feeling the effects of Opec+’s decision at the gas pump.

Aljabri said it was not clear whether congressional anger seemed more potent than the Biden administration’s own stance because Democrats had more to lose ahead of November’s critical midterm elections, or whether the White House and Congress were playing a game of “good cop, bad cop” in attempts to influence the kingdom’s policies.

“Either way, they tried appeasement and fist bumps and it didn’t work. [Bin Salman] only understands the language of power. It is high time the Biden administration acts like the senior partner in this relationship,” he said. 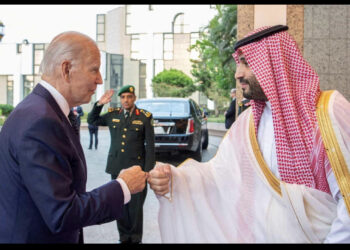 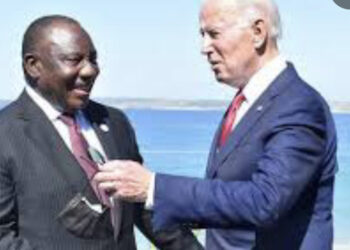 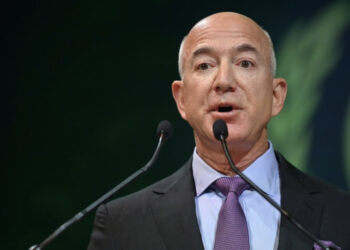