The former US vice-president Al Gore is on fist-waving, passionate form in front of world leaders at Cop27.

“We continue to use the thin blue atmosphere as an open sewer,” he says. “It is getting steadily worse. We have a credibility problem – all of us – we are not doing enough.”

Gore says we can continue the “culture of death” by continuing to dig up fossil fuels, and cites vast floods in Pakistan, heatwaves and “rain bombs” in China, and a million displaced in Nigeria.

“The current areas of the world considered uninhabitable by doctors are small today but due to expand,” he says, with 1 billion migrants potentially crossing international borders this century, with all the colossal difficulties that would bring. If we stop subsidising the culture of death and back renewable energy instead we can survive, Gore says, and no new fossil fuel projects are acceptable.

He says the dash for gas in Africa, a contentious issue at COP27, is a new form of colonisation, with the fuel to be sent to rich nations. He quotes the late archbishop Desmond Tutu as saying climate change is the apartheid of our time. He also warns about stranded assets of billions, especially in Africa, if climate action closes oil and gas plants early.

Instead, Gore says, “Africa can be a renewable energy superpower”. He says 40% of world potential is in Africa.

Gore joins rich and poor nations in calling for a complete reform of the World Bank system to get money to developing nations.

“It is a time for moral clarity, not reckless indifference,” he finishes. We have hope, Gore says, with the people of Brazil, Australia and US electing leaders who will take climate action. “There is a path to a future with hope.” 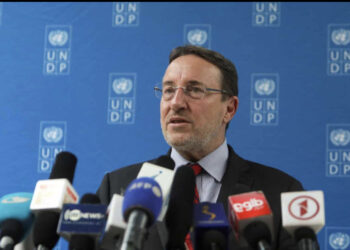