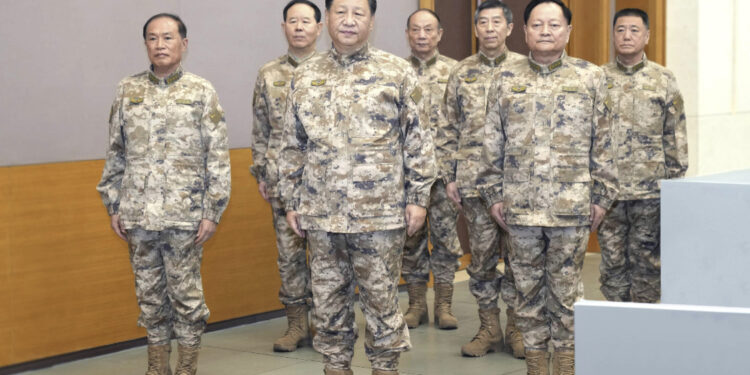 Xi Jinping has told the People’s Liberation Army to “focus all its energy on fighting” in preparation for war, a Chinese Communist party mouthpiece has reported.

Pictures of Xi, who recently secured a third term as party leader, in his army uniform during a visit to a command centre featured prominently on the front page of the People’s Daily on Wednesday.

Xi said the army must “comprehensively strengthen military training in preparation for war”, having warned at a recent party congress of “dangerous storms” on the horizon.

“Focus all [your] energy on fighting, work hard on fighting and improve [your] capability to win,” he was quoted as saying. The army must also “resolutely defend national sovereignty and national security” as China was in an “unstable and uncertain” security situation, he reportedly said.

While Xi also ordered the army to focus on war preparation in 2013, soon after he took power, and again in 2017, political analysts say he has markedly stepped up his rhetoric this time. In a similar visit to the command centre in 2016, he told officers to be “loyal” and “resourceful” in fighting and “courageous and capable of winning wars”.

“He is sending a message to the United States and Taiwan,” said Willy Lam, a senior fellow at the Washington-based Jamestown Foundation. Although China’s military strength was not yet at par with the US, Xi’s decision-making was not always based on rational calculation, he said.

Xi made a veiled attack on the US’s increasingly explicit support for Taipei at the 20th party congress, which concluded in Beijing last month, blaming “foreign interference” for exacerbating tensions. Xi sees seizing Taiwan as a key part of his legacy and said in his opening speech at the congress: “We will never promise to renounce the use of force.”

Joe Biden has repeatedly pledged that the US would defend Taiwan if it was attacked. After the US House speaker, Nancy Pelosi, visited Taiwan in August, the People’s Liberation Army reportedly moved several warships and planes near to the median line, an unofficial border between China and Taiwan in the Taiwan Strait.

Xi in recent months has used increasingly aggressive tones to urge his cadres to “dare to struggle” and boost their “fighting spirit” to defend national interests in a hostile political environment. In his opening speech at the party congress, he used the word douzheng (“struggle”) 17 times, which harked back to Mao Zedong’s emphasis on “class struggle” and combat against foreign, imperialist influence, and he used the word for “security” about 50 times. 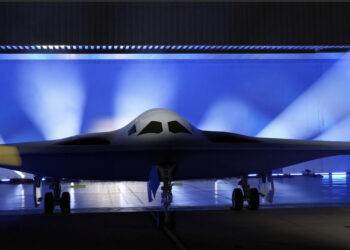 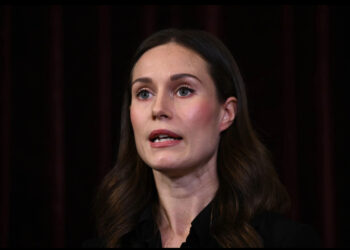