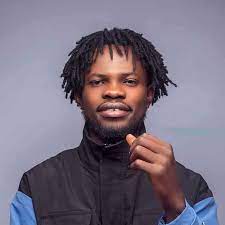 Multifaceted musician, Peter Famiyeh Bozah, simply known as Fameye, says he deserved to be added to the ‘Artiste of the Year’ category.

Ready to marry but I need money – Fameye

In 2021, the ‘Praise’ hit-maker was among the few notable Ghanaian musicians to excel at their field of play within and outside the country, and has won a larger audience appeal and popularity within the year under review.

For that reason, he argued that he falls within the criteria to be included in the list.

“Looking at the year under review and what it takes to be nominated, I qualify. Last year, I was everywhere. I dropped hit songs, did a lot of shows – both international and local. I did my best,” he told KMJ on Hitz FM.

The Afropop artiste is also of the view that his omission from the highly enviable category this year, somewhat flaws the category definition and the selection of some of the artistes who made the list.

This is because some of the artistes chosen for the ‘Artiste of the Year’ category either got a total of five nominations or less.

“I had five nominations. And so if I do not qualify to be there, then I think most of the artistes who qualified to be there were also not supposed to be there because they had the same number of nominations I got,” he observed.

This comes after some Fameye fans expressed their disappointment in the VGMA Board on social media for their favourite artiste’s exclusion.

Singer Ras Kuuku, rapper Captain Planet and Broadcaster Abeiku Santana are among the few public figures to publicly register their displeasure about Fameye’s ‘Artiste of the Year’ snub.

Be that as it may, the ‘Mati’ hit-maker expressed immense gratitude to his fans for the campaign and fellow artistes for their support, one he describes as ‘awesome and refreshing’.

Fameye earned a nomination in the following categories for this year’s edition of VGMA: Best Afropop Song, Record of the Year, Songwriter of the Year, Best Highlife Artiste and Vodafone Most Popular Song of the Year.

I’ll give birth to 30 children – Fameye