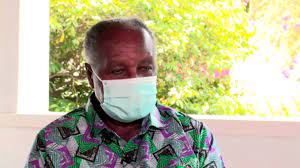 A former Vice-Chancellor of the University of Ghana, Prof. Ivan Addae Mensah, has joined calls for the government’s flagship Free SHS policy to be reviewed.

According to the academician, the policy is only producing quantity and not quality students, hence the need for government to reconsider the policy to make it more sustainable.

Speaking in an interview with JoyNews, monitored by NSEMGH, Prof. Addae Mensah reiterated that considering Ghana’s development needs, sacrificing quality for quantity is not the way to go.

He explained that the low quality of products of the Free SHS has reflected in the number that make it to the two premier medical schools in Ghana.

“Out of the over 720 senior high schools in the country, only 110 of them have had their students make it to the two traditional medical schools at the Kwame Nkrumah University of Science and Technology (KNUST) and the University of Ghana.

While recounting the gains of the schools of origin on 60 years of medical education, the academician said the contributions made by these institutions have been enormous taking into account the quantum and quality of students churned out.

He advised government to focus on replicating what makes the few schools perform better instead of establishing STEM schools.

Earlier, Professor Stephen Adei, an economist and the Chairman of the National Development Planning Commission, expressed the same view on the Free SHS policy.

In an interview on JoyNews’ Upfront, he explained that despite the numerous advantages of the Senior High School policy, the already worsened economy is being stretched by the policy because government has to allocate about GH₵7.5billion every year to the policy.

According to him, the government must exempt some so-called best Senior High Schools in the country from the policy.

“We have to look at it again. I think that there are certain schools which we should make autonomous and fee-paying and people will go there, but then make sure there are good community schools for everybody else. So the Achimota’s and the Wey Gey Hey’s, which people want their children to go, let them pay,” he noted.

“Only a small proportion of the poor come to Achimota, let the rich go there and pay. Use the Achimota funds to have very good schools in every district so that they can be there and don’t have to travel. They just come from the villages,” he said.

Prof. Adei believes quality education can be achieved when this is done.

President Akufo-Addo, on the other hand, believes otherwise.

According to him, the WASSCE results of the second batch of students under the Free SHS policy, released by WAEC have given further credence that the policy is a success.

The President said even though there have been some challenges with the implementation of the policy, he is proud of its impact so far.

President Akufo-Addo said this at the 70th anniversary celebration of the Tamale Senior High School (TAMASCO) in Tamale, the Northern Regional Capital, on Saturday.

Meanwhile, President Akufo-Addo has indicated that despite the current fiscal challenges in the country, government will continue with the implementation of the flagship Free SHS policy.