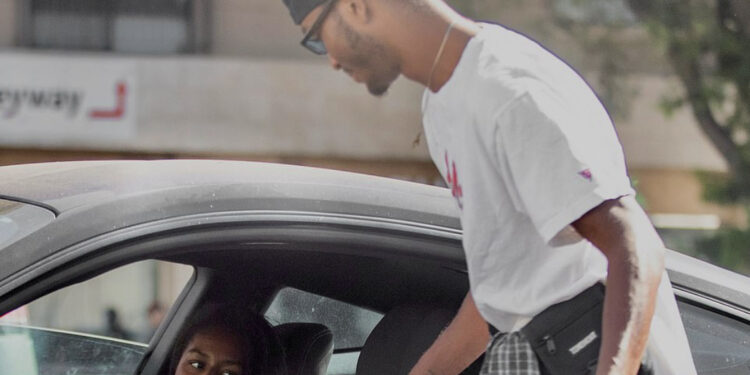 Pretty in a purple skirt and looking blissfully happy, this is Sasha Obama pictured with boyfriend Clifton Powell Jr., 24 – two days after her mom Michelle let slip she was dating. 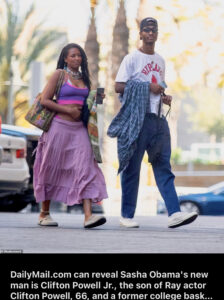 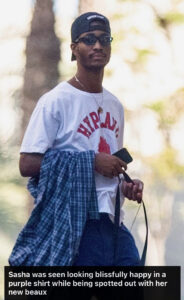 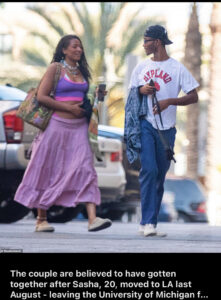 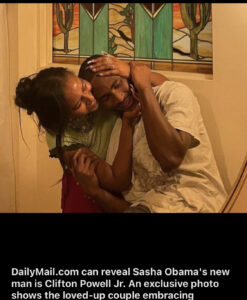 Both Sasha and her sister Malia, 23, are now based on the West Coast with the older Obama sibling taking a job as a script writer for Donald Glover’s new Amazon project after graduating from Harvard last year.

On Tuesday, former First Lady Michelle gave an update on her daughters during an appearance on the Ellen Show – telling the host: ‘They loved the Jonas Brothers. Now they are bringing grown men home. 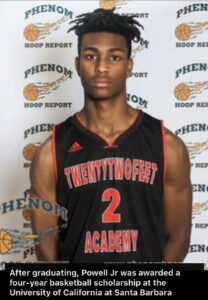 ‘Before it was just, like, pop bands. Now they have boyfriends and real lives.’

While Malia has been dating Brit Rory Farquharson since meeting him at Harvard in 2017, Sasha’s relationship is far more recent.

Like Farquharson, who was brought up in a six-bedroom $2.2m home in Suffolk and attended posh Rugby School, Powell Jr has enjoyed a luxurious lifestyle.

The second child of Powell and wife Kimberly Crooms, 58, he has an older sister May, 29, and was brought up in the family’s Ladera Heights home.

Ladera Heights, along with neighboring Windsor Hills, Baldwin Hills and View Park, has been nicknamed ‘the Black Beverly Hills’ due to its expensive housing and celebrity residents, which at one point included Tina Turner and Ray Charles.

Although his father is an actor, mom Kimberly is a successful businesswoman in her own right – running an interior design firm called whateverUneed Designs and a catering company called Chef Kim that offers custom meal prep and diet consulting.

Powell Jr, who goes by the nicknames ‘Cliff’ and ‘CP3’, attended Village Christian High School in the San Fernando Valley – a private school that charges $28,340 a year and offers ‘an excellent Christian education.’

According to its mission statement, the school focuses on making religion a central part of students’ lives, continuing: ‘It is our desire that every student comes to a point where Christ is at the center of their life, influencing every thought that they have and action that they make. In so doing, they will be equipped to spread His Word even further.’ 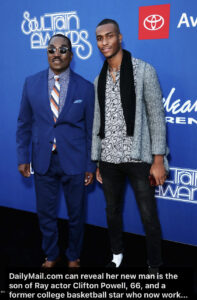 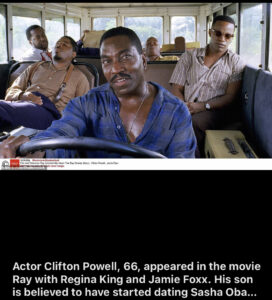 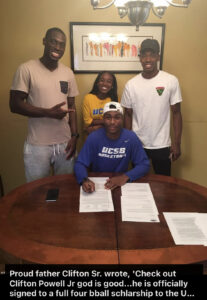 After graduating, Powell Jr. was awarded a four-year basketall scholarship at the University of California at Santa Barbara – much to his dad’s delight.

In a May 2016 Facebook post accompanying a photo of Powell Jr. signing on the dotted line, an exultant Powell wrote: ‘Check out Clifton Powell Jr god is good he is officially signed to a full four bball schlarship to the Universty Of California At Santa Barbra [sic] !!!!!!!!!’

Despite his dad’s pride in his basketball career, Powell Jr. transferred out of the Santa Barbara Gauchos less than a year later to concentrate on film work.

The 24-year-old never made any secret of his ambition for a life outside of sport, writing in his basketball bio that he hoped for a career as a broadcaster.

He also used the brief profile to talk about his love of films – NWA biopic Straight Outta Compton is his favorite movie – and revealing a penchant for fantasy novels; according to the bio Lois Lowry’s dystopian The Giver is his number one book.

Since leaving college, Powell Jr. has set himself up as a commercial director with a website that uses his old CP3 nickname in the title.

Reels show he has created content for Peloton and Nike. Another video, called Rookie Ratings, was made for Madden NFL 22 – a video game based on the National Football League. 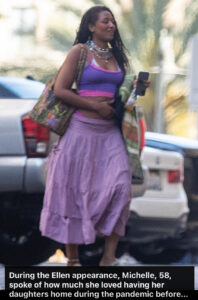 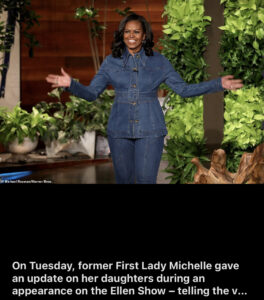 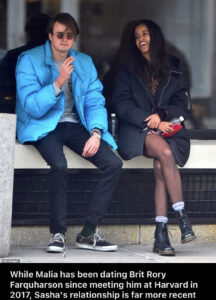 Powell Jr. met Sasha’s mom Michelle already – something she referenced in the Ellen appearance, although it is not known if he has met her father Barack Obama yet.

President Obama has been welcoming of Malia’s boyfriend Rory who stayed at the family’s Washington D.C home during lockdown in 2020.

During the Ellen appearance, Michelle, 58, spoke of how much she loved having her daughters home during the pandemic before going on to praise them as ‘amazing young women’.

She said: ‘I listened to what my mother said when she was raising us. She said, ‘I’m not raising babies, I’m raising real people to be out in the world.’ And I kept that in mind with the girls.’

The former First Lady added: ‘I mean, they wouldn’t always be in that bubble of the White House, so they had to learn to make their beds. They had to learn how to drive.

‘And I think they are amazing young women because of that.’
Dailymail