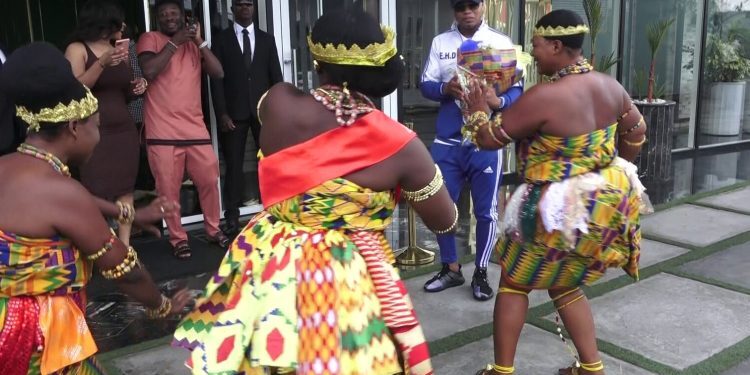 Former Senegal striker, El Hadji Diouf, has arrived in Ghana ahead of the launch of Asamoah Gyan’s autobiography.

The book entitled, Le-Gyan-dary, has aroused interest from all over Africa. Former players from all over the continent will be in attendance as Africa’s top scorer at the FIFA World Cup gives us an insight into his life.

Speaking on arrival, Diouf stressed the importance of footballers writing books and even revealed he had his own book on the way:

“In 50 years’ time, we probably will not be here to tell our own stories so it will be very important to have this written down so the younger generation can know about us”

The former Liverpool striker was also full of praise for Gyan, who he described as his brother, and even went as far as to add that current Senegal players Saido Mane, and Gana Gueye are big fans of the former Black Stars captain.

Le-Gyan-dary, will be launched on 30th April. Before the launch there will be a Legends’ game featuring various African legends such as Diouf, Jay Jay Okocha, and Khalilou Fadiga

E-Levy: May 1 implementation to be done in modified-phased approach – GRA