Ukraine pushes Russian troops back in counter-offensive near Kharkiv 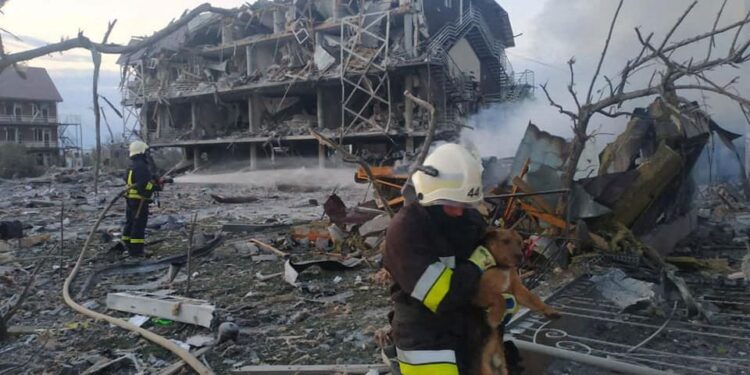 Ukraine said on Tuesday its forces had recaptured villages from Russian troops north and northeast of Kharkiv, pressing a counter-offensive that could signal a shift in the war’s momentum and jeopardise Russia’s main advance.

Tetiana Apatchenko, press officer for the 92nd Separate Mechanized Brigade, the main Ukrainian force in the area, confirmed that Ukrainian troops had recaptured the settlements of Cherkaski Tyshky, Ruski Tyshki, Borshchova and Slobozhanske, in a pocket north of Kharkiv in recent days.

Yuriy Saks, an adviser to Defense Minister Oleksiy Reznikov said the successes were pushing Russian forces out of range of Kharkiv, Ukraine’s second largest city, which has been under perpetual bombardment since the war began.

“The military operations of the Ukrainian armed forces around Kharkiv, especially north and northeast of Kharkiv, are sort of a success story,” Saks told Reuters. “The Ukrainian army was able to push these war criminals to a line beyond the reach of their artillery.”

The counterattack could signal a new phase in the war, with Ukraine now going on the offensive after weeks in which Russia mounted a massive assault without making a breakthrough.

By pushing back Russian forces who had occupied the outskirts of Kharkiv since the start of the invasion, the Ukrainians are moving into striking distance of the rear supply lines sustaining the main Russian attack force further south.

“They’re trying to cut in and behind the Russians to cut off the supply lines, because that’s really one of their (the Russians’) main weaknesses,” said Neil Melvin of the RUSI think-tank in London.

“Ukrainians are getting close to the Russian border. So all the gains that the Russians made in the early days in the northeast of Ukraine are increasingly slipping away.”

The setbacks near Kharkiv deal a blow to Moscow’s war plans at precisely the moment when Western capitals believe President Vladimir Putin had been hoping to announce a major victory for a holiday marking the end of World War Two.

On Monday, Putin presided over a huge Red Square military parade for Victory Day. Western countries had worried that, in the absence of major battlefield success to announce, he might instead order a nationwide mobilisation. In the event, he did neither – exhorting Russians to keep fighting but giving no indication about his further strategy.

U.S. Director of National Intelligence Avril Haines said on Tuesday Washington believes Russia still plans for a long war, aiming to capture more of Ukraine than just the eastern Donbas region that has been the main focus of its assault this month. 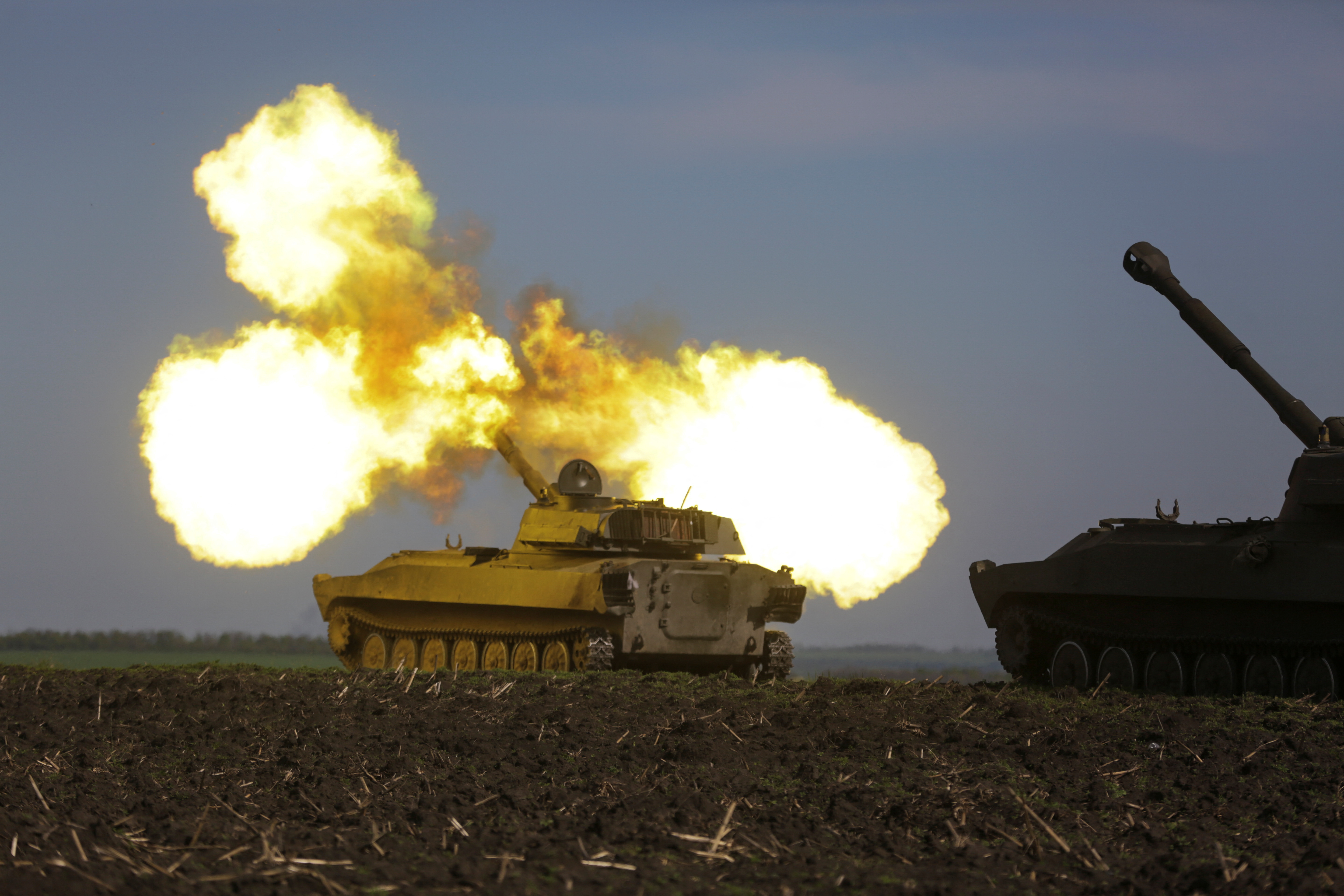 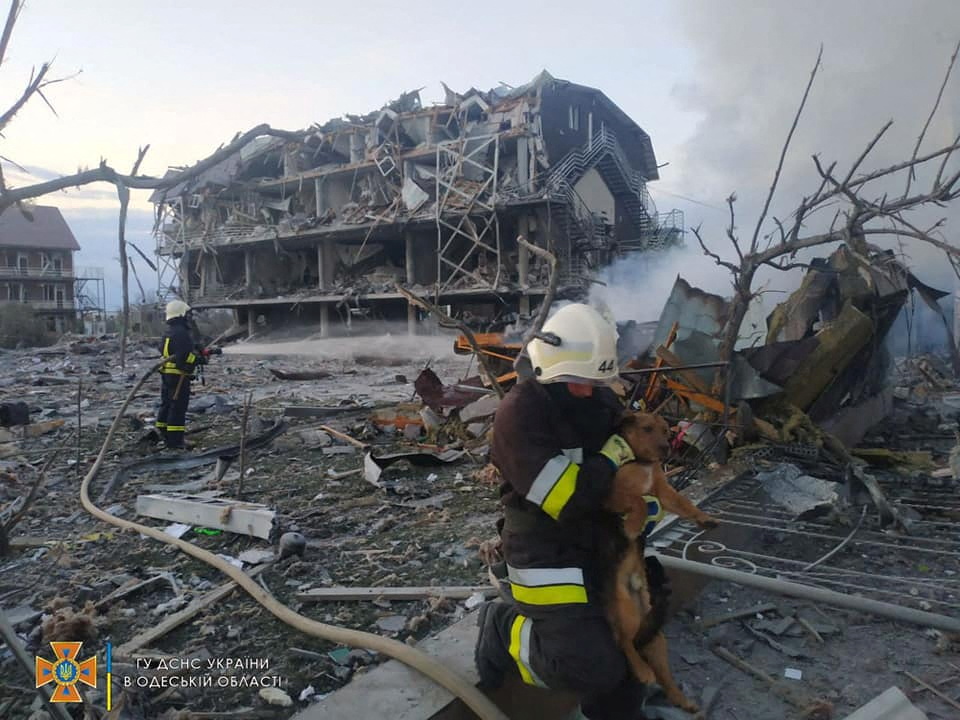 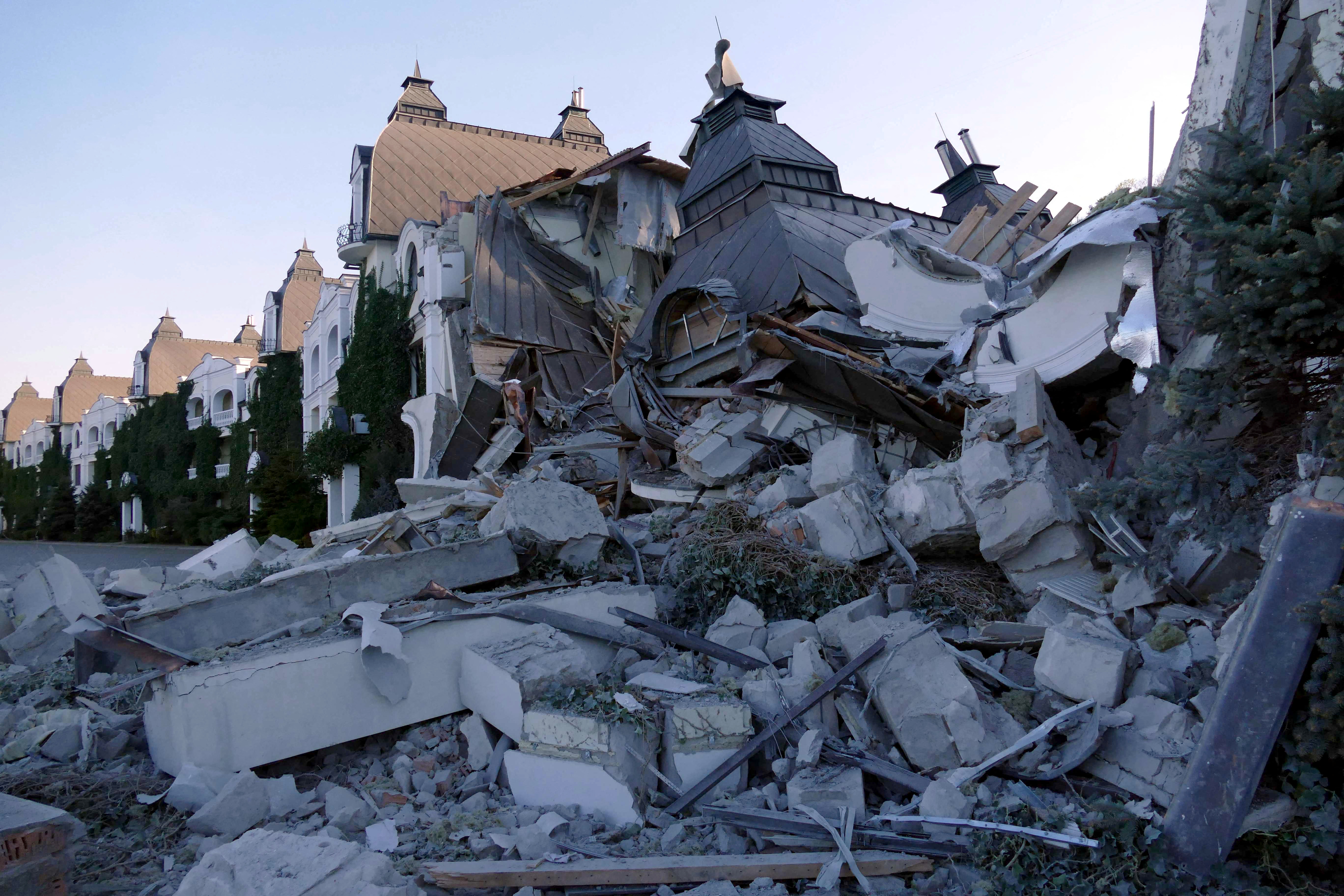 Emergency personnel work near a building damaged after a military strike, in Odesa, Ukraine, in this handout image released May 9, 2022. State Emergency Service of Ukraine/Handout via REUTERS

Putin was counting on the Western resolve to weaken over time, Haines told lawmakers.

Since Russia was forced to abandon an assault on the capital Kyiv at the end of March, its main force has been trying to encircle Ukrainian troops in the Donbas, using the city of Izyum south of Kharkiv as a base. Ukrainian troops have so far mostly held out against assaults from three directions.

But by pushing back near Kharkiv, Ukraine could now force Moscow to switch to trying to defend its own long supply lines to Izyum. Western military analysts said there were signs the counter-attack was already sapping Russia’s advance.

“Our assessment is that they’re (Russians) having to pull some forces away from the axes leading to the control of the Donbas region because of what has happened in Kharkiv, and it just underscores the challenges they have,” said retired U.S. General Jack Keane, now chairman of the Institute for the Study of War think tank.

Britain’s Ministry of Defence said Putin had been unable to announce military success at the Moscow parade because of “demonstrable operational failings” after underestimating Ukrainian resistance.

In the south, Russian forces were again pummelling the Azovstal steelworks in Mariupol on Tuesday, trying to capture the last bastion of Ukrainian resistance in the ruined city where Ukraine says tens of thousands of people have died under two months of Russian siege and bombardment.

Scores of civilians have been evacuated from the steelworks in recent days, but an aide to Mariupol’s mayor, Petro Andryushchenko, said at least 100 still remained inside.

Ukraine’s Azov Regiment, holding out in Azovstal, said in a social media post that in the past 24 hours, 34 Russian aircraft had flown over the plant including 8 sorties by strategic bombers. It said the plant had come under fire from the Russian navy and from tanks, artillery and rockets. Reuters was unable to verify the situation.

Germany’s Foreign Minister Annalena Baerbock visited Ukraine on Tuesday and toured Bucha, the suburb north of Kyiv where Russian forces left behind hundreds of corpses of civilians when they withdrew at the start of April. She said the killers must be punished.

“That is what we owe to the victims,” she said. “And these victims, you can feel that here very intensely, these victims could have been us.”

Baerbock was the first German cabinet minister to visit Ukraine since the start of the war, days or weeks after visits by senior officials from other Western countries. Kyiv has rebuked the Berlin government for being slow to disavow years of economic ties with Russia.

The number of Ukrainians who have fled their country since Russia’s invasion on Feb. 24 was approaching 6 million, according to the United Nations, which says the refugee crisis is the fastest growing since World War Two.

Nurse who filmed unconscious patients at hospital jailed for 12 years