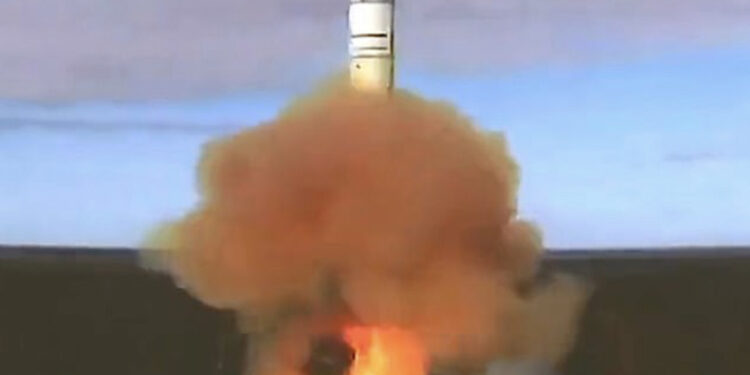 Vladimir Putin has threatened to deploy Russia’s new Satan II nuclear missile, which can reach the UK in just three minutes, by the end of 2022.

The Russian president has also said the country will also continue to boost its military following damage suffered during its ongoing invasion of Ukraine and praised his troops for battling ‘like heroes’.

Speaking as he hosted military academy graduates at the Kremlin on Tuesday, Putin said Russia will place the first batch of Sarmat ballistic missiles on combat duty by the end of the year as part of the efforts, The Telegraph reports.

The Sarmat missile, or ‘Satan II’, is said to be the world’s longest-range intercontinental ballistic missile, capable of striking a target 11,200 miles away – meaning it could easily strike targets in the US and Europe.

Putin has previously hailed the development of the missile, which was successfully test-fired in April, ‘a big, significant event’ for Russia’s defense industry, saying the Sarmat will ‘ensure Russia’s security from external threats and make those who try to threaten our country with aggressive rhetoric think twice.’

Western military experts have said the Sarmat is capable of carrying 10 or more nuclear warheads and decoys – easily enough to wipe out territories the size of Britain or France in a single strike. 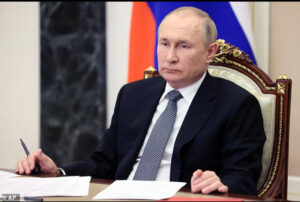 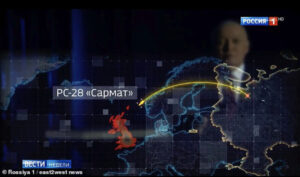 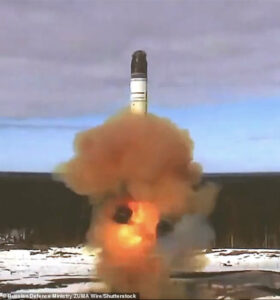 He said: ‘There is no existing air defence for the Sarmat missile systems, and it will probably not exist in the coming decades.’

Among other new additions referenced by Putin in his speech are S-500 missile defence systems that he has claimed to be ‘unmatched in the world’.

It comes after last month saw a state TV broadcast suggest Britain should be bombed back to the Stone Age ‘in ten minutes’ with an attack by new nuclear-capable Zircon – or Tsirkon – missiles.

And Russian state TV pundit, Yaakov Kedmi, a Moscow-born former Israeli diplomat, said Russia’s new hypersonic Zircon missile should be deployed to wipe out 50 or 60 power stations in the UK ‘in ten minutes’, plunging the country into darkness.

Hosts on Channel One’s 60 Minutes programme announced the cities of London, Paris and Berlin could be hit within 200 seconds of nuclear missiles being launched back in April.

On the show, the chairman of the nationalist Rodina party, Aleksey Zhuravlyov, pondered what would happen if Russia launched nuclear weapons against the UK, saying: ‘one Sarmat missile and the British Isles will be no more.’

When pulled up on the comment by one of the hosts, he insisted he was ‘saying this seriously’, while another host added that the UK has nuclear weapons too and that ‘no one will survive in this war’. 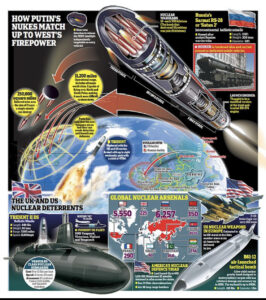 Producers on the show then showed viewers a map seeming to suggest missiles could be launched from Kaliningrad, the Russian enclave between Poland, Lithuania and the Baltic Sea.

It suggested these could reach Berlin in 106 seconds, Paris in 200 seconds and London in 202 seconds.