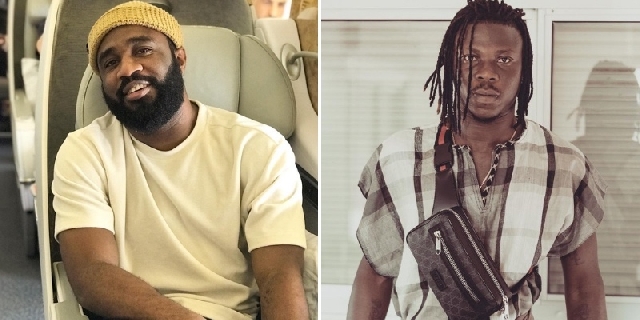 Ghanaian singer Stonebwoy has revealed a remix for his latest hit song ‘Therapy’ is in the works with an international artiste.

However, contrary to reports making rounds on social media, Class News’ Prince Benjamin has observed the remix is not with American Chris Brown but Nigerian Praiz rather.

In the social media video cited as evidence for the Chris Brown feature, the Afro-dancehall kingpin is seen in what appears to be a minimalist home studio set-up with Nigerian R&B singer Praiz manning the recording equipment.

The video begins with a selfie footage of the Ghanaian singer excitedly prompting fans, “The new song is Gidigba but, you guys, don’t be quick to forget about Therapy right now because it’s banging [and] we are banging you guys from back to back to back. That’s what we’re trying to do.”

“And all these songs are gonna be on the album,” he announced.

The camera, which appeared to be manned by 1Gad, as he’s affectionately called, then revealed his company in the studio, Praiz, who proceeded to play, from a laptop, his vocal take of the chorus for the ‘Therapy’ song including a snippet of his verse.

The camera also showed a waterbody, with a speedboat in motion on it, just outside the building the two were in.

Should the song be released, it will be the pair’s third collaboration. In 2018, Stonebwoy featured Praiz on his hugely successful Afrobeats record called ‘Mane Me’ and in 2019, Praiz featured Stonebwoy on an inspirational reggae number called ‘Hustle’.

Meanwhile, in another video sighted by Class News, while with the Lagos-based City FM on-air crew, Stonebwoy revealed his latest song ‘Gidigba’ was produced by Nigerian music maker Phantom, adding the music video was shot in the United Kingdom, also by a Nigerian.

Stonebwoy is currently in Nigeria on a media tour. 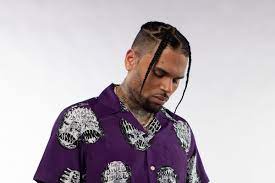 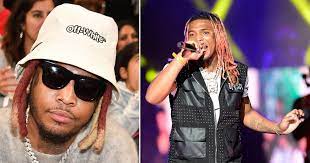 Rapper Lil Keed Has Died At 24 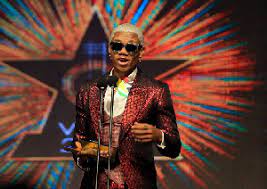