Former deputy Bank governor: emergency meeting would have made sense 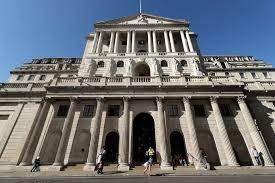 Former Bank of England Deputy Governor Charlie Bean has suggested that the BoE should have called an emergency meeting this week to tackle the sterling crisis.

Bean says that the Bank are rightly reluctant to have emergency meetings every time there’s turmoil in the financial markets.

Bank of England readies for biggest rate rise since 1989

But on this occasion, it might have made sense.

“On this occasion if I had still been at the bank in my role as deputy governor I certainly would have been counselling the governor that I think this is one of those occasions where it might have made sense (to call a meeting),”

Bean adds, though, that the Bank would have needed to have taken action (by raising interest rates).

“The key thing is, if you call it, you have to take significant action.”

Bean adds that the lesson of these episodes, where a currency is weakening and longer-term interest rates are rising, is that “you go big and you go fast”.

It should have started with focusing on the structural reforms it wants to implement to lead to better growth, and preserved fiscal responsibility and ‘sound money’.

Then, if the growth bet delivered, you can do the tax cuts.

That’s exactly what Margaret Thatcher did, Bean explains – starting with fiscal consolidation, getting inflation down, then privatisation and structural reforms – and then only tax cutting at the end under Nigel Lawson.