in Health
Reading Time: 1 min read
A A
0 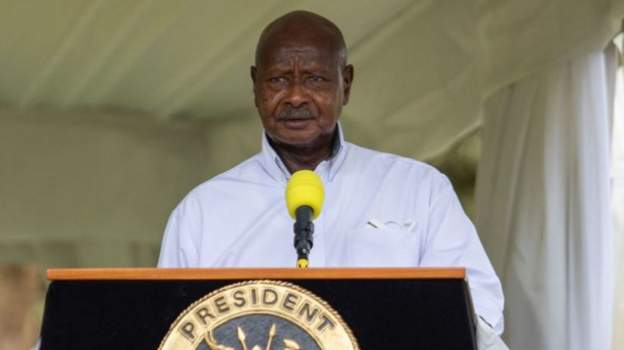 Uganda’s President Yoweri Museveni has said that there is no need to impose restrictions in Ebola hotspots in the central region because the viral disease is not airborne.

Ebola is spread through contact with an infected person or infected surfaces and human waste.

The association of medical workers in the country had previously called for the affected region to be put under quarantine to stop further spread of the haemorrhagic fever.

Mr Museveni said his government had capacity to control the epidemic due to previous experience with similar outbreaks. This is the fourth time Ebola has broken out in Uganda.

He said that health experts who previously dealt with Ebola outbreaks have been deployed to the affected region.

It is currently taking 24 hours for samples to be tested and laboratory results to be released.

The president said the government would set up a laboratory at Mubende district headquarters, the epicentre of the outbreak, to quicken the sample processing.

Six medical workers who treated the 24-year-old man who was later identified as the first case, have tested positive for Ebola.

A total of 24 people have been confirmed to be infected by the virus in the country, five of whom have died, since the outbreak was declared last week.