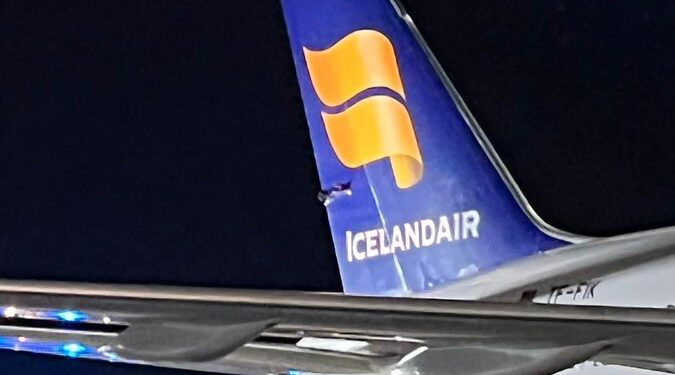 Two commercial passenger planes have been involved in a minor collision at Heathrow Airport, with the wing tip of one reportedly “scraping” into the other while taxiing on the runway. The incident took place at around 8pm this evening. The collision involved Korean Air and Iceland Air planes. Twitter user “Martyn John Wulfran” (@thewulfran) wrote: “Major incident at Heathrow Airport involving 2 aircraft.” “Richard” (@TaylorGRichard) replied: “Any details? I think I’m on one of aircraft. Pretty sure we scrapped another plane with our wing tip while taxiing.”

“We have been told that we are going back to the gate due to a technical issue. But that was 15 minutes ago and we haven’t moved.”

Before Christmas, Heathrow travelers could have to take flights outside of busy hours

CHAOS at UK Airports: Gatwick toilets no working,Heathrow ask Emirates to cancel flights but they refused

In a separate tweet to Express.co.uk, he said: “The flight I am on is ke908 to Seoul. I think we grazed another planes tail with our wing while taxiing.

Twitter user “M Zulqarnain B” (@MZulqarnainBut1), who describes themselves as an aviation data analyst, wrote: “JUST IN.

“Two aircrafts have been hit at London Heathrow A Korean 777 clipped a Icelandair 767.”

Another Twitter user said several emergency vehicles had arrived next to the Korean Air plane.

“DWE” (@dwedigital) commented: “A LOT of emergency vehicles next to a @KoreanAir_KE aircraft off the side of the runway.”

A passenger on the Korean Air flight told the Daily Star: “I was watching out the window thinking we were awful close to the tail for a parked plane. And then it looked like we grazed it.

“The captain hasn’t really told us much except we are going back to the gate due to a technical issue. But the last communication was about 45 minutes ago.” 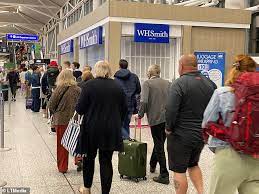