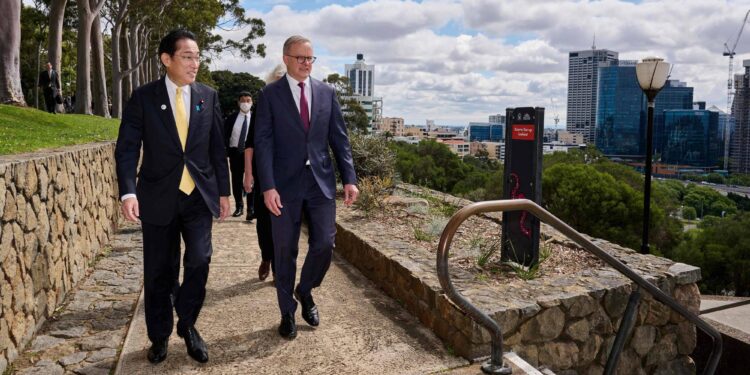 Japan and Australia will boost their security and energy ties as the prime ministers of both countries spruik the need for peace in the Indo-Pacific.

The prime minister, Anthony Albanese, and his Japanese counterpart, Fumio Kishida, met in Perth on Saturday at an annual Australia-Japan leaders’ meeting.

As part of Saturday’s talks, the two countries have agreed to boost Japan’s access to hydrogen, LNG and minerals to improve energy security while making a shared push to net zero.

The two countries will also look to help other countries in the Indo-Pacific with their efforts to combat climate change.

As part of an updated security agreement aimed at sending a message to China, Japanese troops will train in the Top End with their Australian counterparts.

“This declaration sends a strong signal to the region on our strategic alignment,” Albanese said.

He said there was a common desire shared by Australians and Japanese for a peaceful Indo-Pacific, “where democracy and human rights are upheld, the rule of law prevails and disputes are settled peacefully”.

“We concurred that our special strategic partnership has risen to a new and higher level,” he said.

This is the fourth time Albanese and Kishida have met since Labor won the May federal election.

Kishida’s visit to Australia is the first by a Japanese prime minister since Shinzo Abe in 2018.

“It makes operations much smoother, and it’s important that both Australia and Japan are US alliance partners, increasing interoperability,” Bristow said.

Energy resilience will also be a priority issue, he said, with expectations the two countries may be more forthcoming in explicitly stating the need to counter Chinese aggression in the region.

He said economic coercion used by Beijing could also be raised during the talks, in addition to Russia’s invasion of Ukraine.

On Saturday, Kishida pointed to the conflict as one of the reasons why there was now a stronger need to shore up resources and energy security.

But he also warned any use of nuclear weapons in Ukraine by Russia would be an “act of hostility against humanity”, adding such weapons had not been used since the destruction of Hiroshima and Nagasaki.

Transitioning to clean energy and investing in new technologies to achieve net zero was also on the agenda.

“One of the greatest security challenges for our region and indeed the world is of course climate change,” Albanese said.

Australia will pump the minerals needed to build green technology into Japan as the two countries chase more ways to co-operate on the net zero transition.

Premier Mark McGowan will host a lunch for the state’s business community and Kishida later on Saturday. 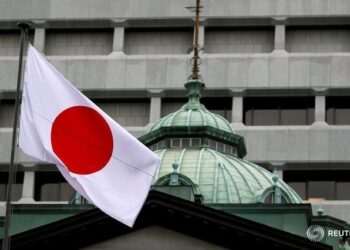 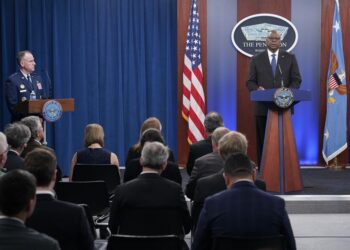 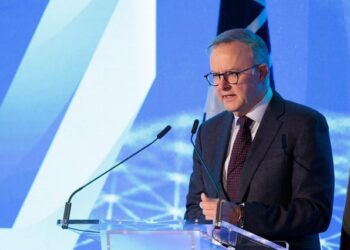