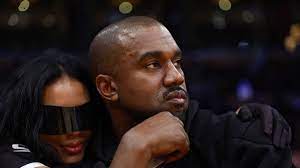 When it all falls down.

“I can confirm that Kanye is not a client,” a CAA spokesperson said in an Oct. 24 statement to NBC News.

Additionally, a completed documentary about West has also been shelved, with MRC Entertainment studio executives Modi Wiczyk, Asif Satchu and Scott Tenley announcing in an Oct. 24 letter to NBC News, “We cannot support any content that amplifies his platform.”

“Last week he sampled and remixed a classic tune that has charted for over 3000 years—the lie that Jews are evil and conspire to control the world for their own gain,” their letter continued. “This song was performed acapella in the time of the Pharaohs, Babylon and Rome, went acoustic with The Spanish Inquisition and Russia’s Pale of Settlement, and Hitler took the song electric. Kanye has now helped mainstream it in the modern era.”

E! News has previously reached out to Kanye’s team for a response has not heard back.

The news comes just days after fashion label Balenciaga announced that it severed its ties to West, who walked in the luxury label’s spring/summer 2023 fashion show in Paris on Oct. 2. West’s runway image was then removed from both Vogue‘s and Balenciaga’s website and pieces from his Yeezy Gap Engineered by Balenciaga collaboration were wiped from Gap’s site.

Back in September, West said he terminated the contract between his company Yeezy and Gap Inc. accusing Gap’s “substantial noncompliance,” according to CBNC)

In response, E! News obtained a Sep. 15 message from President & CEO of Gap Mark Breitbard that was sent to Gap employees, in which Breitbard wrote, “Simply put…while we share a vision of bringing high-quality, trend-forward, utilitarian design to all people through unique omni experiences with Yeezy Gap, how we work together to deliver this vision is not aligned. And we are deciding to wind down the partnership.”

(At this time, Adidas has not ended its partnership with West.)

Earlier this month—following his White Lives Matter-themed Yeezy fashion show—West, 46, found himself banned from Instagram and Twitter after posting a series of anti-Semitic comments, including one in which he declared “death con 3 on JEWISH PEOPLE.” Twitter and Meta (Instagram’s parent company) both citied violations of company policies for the reason. 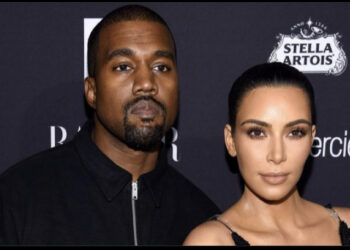 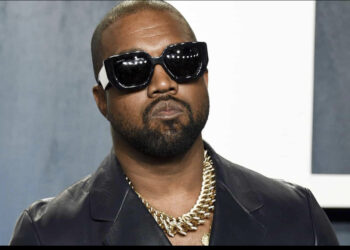