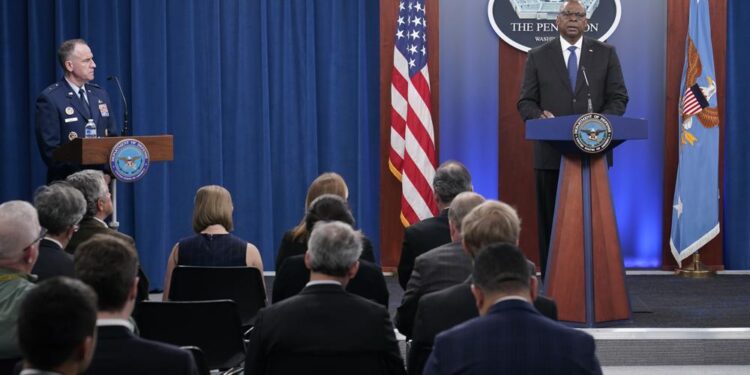 Despite Russia’s involvement in the conflict in Ukraine, China continues to pose the biggest security danger to the United States, and a new Pentagon defense plan states that the threat from Beijing will decide how the U.S. military is outfitted and molded in the future.

A strong allusion to Beijing’s aggressive military buildup in the South China Sea and growing pressure on the self-governing island of Taiwan is made in the statement, which was issued on Thursday, even if it claims that war with China “is neither inevitable nor desired.”

It issues a warning that China is seeking to undermine American ties in the Indo-Pacific and is threatening and intimidating neighbors with its burgeoning military.

The 80-page, declassified study also mentions Russia’s conflict in Ukraine and claims that Moscow poses a severe danger to the United States and its allies through the use of nuclear weapons, cyberattacks, and long-range missiles.

As their partnership develops, China and Russia “now offer increasingly hazardous risks to safety and security at home, even as terrorist threats endure,” the report says the threat

Defense Secretary Lloyd Austin stated at the Pentagon that China “is the only rival out there with both the will to remake the world system, and increasingly the capacity to do so.””Unlike China, Russia cannot pose a sustained systemic threat to the US.

However, Russian aggression does present an urgent and serious danger to our interests and ideals.

According to the research, China and Russia are the U.S.’s two main nuclear-armed rivals for the first time.

The strategy offers a comprehensive roadmap for American military preparation over the following four years, coupled with two other assessments issued on missile defense and nuclear weapons on Thursday.

The strategy takes into consideration how the world has evolved since 2018, when U.S. soldiers were still fighting in Afghanistan and a big Russian invasion of Ukraine appeared practically impossible, even if much of it is consistent with the last study.

The previous strategy, which was unveiled in 2018 under the administration of then-President Donald Trump, highlighted the fundamental change from a U.S. military centered on fighting radicals to one that must get ready for conflict with a major power.

The 2022 military plan intensifies the focus on allies as a crucial component of American security, highlighting the larger effort made by the Biden administration to mend ties with friends that were shattered by Trump.

The idea of “integrated deterrence,” which states that the U.S. would utilize a wide range of military might, economic and diplomatic pressures, and strong alliances — including America’s nuclear arsenal — to discourage an opponent from striking, is at the heart of the new paper.

Russia continues to pose a “acute” danger, while China continues to be “the most crucial geopolitical rival for the future decades.”

Both China and Russia have increased the aggressiveness with which they employ their forces since the prior assessment.

In February, Russia began a full-scale invasion of Ukraine, while China has intensified its long-standing threat to reclaim Taiwan, if necessary by force.

Additionally, nuclear tests and threats have increased from Iran, North Korea, and Russia.

Since the United States’ 20-year war in Afghanistan came to an end and all soldiers were withdrawn last year, this is the first strategy.

Although the United States still retains a small contingent of soldiers in Iraq and almost 1,000 in Syria, its emphasis has mostly switched away from counterterrorism operations, which dominated the previous two decades, to dangers posed by significant rivals like China.

The new evaluation demands for further research and development on cutting-edge technologies including directed energy, cyber, hypersonics, and cyber.

It also asserts that in order to attract a qualified workforce, the Pentagon must reform its culture, a hint to recent difficulties in recruiting.

Along with the nuclear posture assessment, the Pentagon also published a document that highlights the dangers of nuclear proliferation, particularly as ties between China and Russia strengthen.

It states that the United States is committed to updating its nuclear arsenal while also examining present nuclear capabilities that might not be required for deterrence in the future.

The sea-launched cruise missile program has been terminated, according to the nuclear review, which deemed it unnecessary.

The initiative was included in the 2018 posture assessment by the Trump administration, but the Biden budget from early this year foreshadowed its demise by removing funds for it.

The national defense review, the documents controlling missile defense, and the nuclear posture were all created and issued at the same time for the first time ever.

The United States is at a crossroads because all three of its nuclear-legs—submarine-launched triad’s nuclear missiles, long-range bombers, and ground-based launching systems—are rapidly deteriorating and would cost hundreds of billions of dollars to upgrade. This is why there is a new emphasis on integrated deterrence.

But the US must also contend with a brand-new environment in which its long-standing strategy for averting nuclear war is evolving.

Nuclear deterrence depended on the idea of mutually assured destruction to stop either side from using a first strike for decades, focusing on averting war between just two nuclear superpowers, Russia and the United States

Now, however, in reaction to a Ukrainian counteroffensive that has recaptured large areas of territory once held by Russian forces, Russia has repeatedly threatened to deploy lower-yield “tactical” nuclear bombs in Ukraine.

Additionally, Russia may turn increasingly to its nuclear forces as a result of its conventional forces’ failures in Ukraine.

Austin stated, “We have been worried about escalation from the very beginning of this war.

It would mark the first nuclear bomb use in more than 70 years.

Therefore, that undoubtedly has the capacity to alter circumstances in the global society.

North Korea is reportedly planning for its first nuclear test in five years at the same time, according to authorities in the Pacific.

The paper also highlights China’s and Russia’s quick advancements in hypersonic missiles, which are more difficult to detect by American radar.

Additionally, they are enhancing their capacity to destroy satellites or hurl them out of orbit.

In order to quickly identify hypersonic launches and to provide redundancy, the U.S. has hurriedly built a ring of low-orbiting satellites. If one of the U.S. satellites is hit, the rest of the ring continues to function.

N. Korea launches a ballistic missile toward the ocean – Seoul 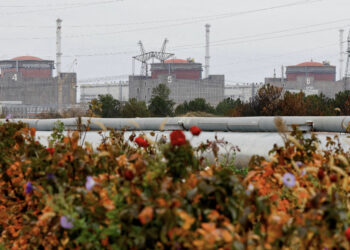 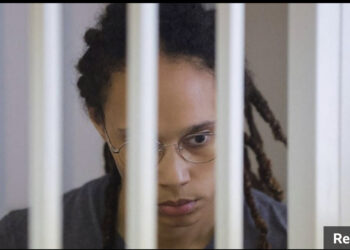 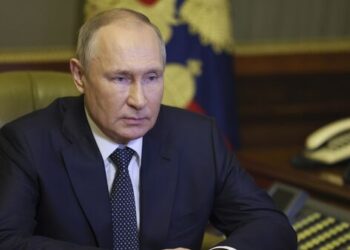