Africa can overcome HIV by 2030 if we prioritise most vulnerable groups, experts agree ahead of World AIDS Day 2022

in Health
Reading Time: 5 mins read
A A
0 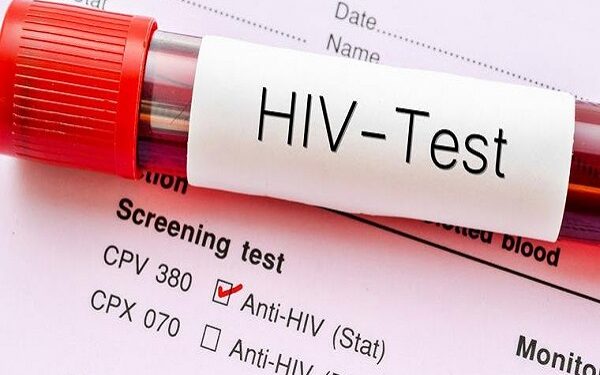 This World AIDS Day, the international community is focusing on how to end the HIV/AIDS epidemic by 2030. Experts believe it can be done by overcoming barriers to HIV care and treatment through focusing on priority populations and supporting them through lifelong treatment. The focus must be on identifying the remaining “last mile” barriers and focusing on the unique needs of the vulnerable populations, including the most affected population of all, teenage girls.

“One of the first things we can do to overcome barriers to HIV care is to move away from the ‘tyranny of the aggregate’,” said Nkosi Tshabalala, co-host of a webinar (http://bit.ly/3V1RAsr) with top African HIV experts and BroadReach Health Development’s Acting District Director of Gert Sibande in Mpumalanga, South Africa – one of the health districts where BroadReach (http://bit.ly/3U50l3B) delivers public healthcare in partnership with USAID and the Department of Health.

“That means instead of just looking at general HIV numbers and adopting a one-size-fits-all approach to prevention and care, we must focus on the specific communities that have the highest HIV prevalence. We must determine what we can do for them in a human-centric, caring way to address their specific health needs so that they can reach viral suppression. This is the key to stopping further transmission of HIV in society by 2030.”

Reaching adolescent women, the most at-risk population group for HIV in Africa

“Today, the face of HIV in Africa is a young girl with a baby on her back, who, when faced with the difficult choice of self-care versus child-care, will always sacrifice her own health for her child,” said panelist Thanduxolo Doro, People Living with HIV (PLHIV) Civil Society Leader and Project Management Specialist for USAID (http://bit.ly/3GHFMqE) South Africa.

Doro’s vivid assessment is backed by data. According to the recent UNAIDS “In Danger” report (http://bit.ly/3B4czTx), women and girls accounted for 63% of all new HIV infections in sub-Saharan Africa. Six out of seven new infections among 15–19-year-olds in the region were among girls. In Uganda for example, adolescent girls were four to five times more likely to be HIV positive than the rest of the population, said Dr Andrew Kambugu, Executive Director of the Uganda Infectious Disease Institute (IDI) (http://bit.ly/3OwGFUS) , who oversees a large-scale PEPFAR-funded HIV programmes in the country. IDI is a capacity-building organisation in the infectious diseases space, based at Makerere University, and is also a CDC-funded HIV implementing partner.

Girls are at greater HIV risk if they engage in sex at a very young age; when they don’t have the power to negotiate condom-use; when they have multiple sexual partners; if they are repressed by patriarchal culture and gender-based violence (GBV); and if they have transactional relationships with sexual partners. All symptoms of the current economic environment.

“Orphanhood is also a risk factor, because of a lack of guidance and higher risk of GBV,” said Naidu. “Girls are often reluctant to get tested or treated for HIV as they fear judgment from their parents, caregivers, peers and health workers”. Annah Sango, Advocacy Officer with Global Network of People Living with HIV (http://bit.ly/3ECDyWY) in Zimbabwe, said it is very important to provide a choice to young women so that they can find the preventions or  treatments that will work best for their personal situation. This includes pills, injections, vaginal rings, or access to male and female condoms. “Choice means agency, which means more protection. We need to solve issues of accessibility, availability, affordability, convenience, and community buy-in around HIV prevention and care for our most vulnerable populations.”

Taking care of the needs of priority HIV/AIDS communities

For society to achieve epidemic control, priority must be given to key populations including men who avoid seeking medical help, vulnerable young girls, commercial sex workers, and members of the LGTBQI+ communities for whom it was difficult or even risky to seek help.

One often overlooked and blamed group is adult men, for whom it was often practically challenging or embarrassing to come to clinics for HIV testing, treatment and care. In South Africa, adult men make up 37% (http://bit.ly/3VrWsH3) of adults living with HIV.

Often breadwinners who cannot afford to spend the day in a clinic, men form part of the statistic that one in five Ugandans is HIV positive without knowing it. “Stigma, shame, criminalisation, and economic challenges are the greatest barriers to HIV prevention and care,” said Kambugu.

Doro who leads USAID’s Mina (“Men” in isiZulu) initiative focused on men and their health and wellbeing, said cultural context was also important to consider. “African men often feel pressure to be virile, strong, respected providers and protectors, and clinics can be stressful spaces. They may feel stripped of their power, patronised by one-directional counselling with terminology they don’t understand, such as ‘viral load’, ‘transmissibility’ or ‘prophylaxis’. We have to work from a point of empathy and inclusivity.”

A crucial message for World AIDS Day 2022 is U=U (Undetectable = Untransmittable), highlighting the important message of hope that people who achieve viral suppression through adherence to their HIV/AIDS medications can live long and healthy lives. This is because viral suppression results in an undetectable viral load, meaning that HIV+ people can live freely, without the fear of transmitting HIV to others.

“I am living proof of this message of hope,” said Doro, who champions the MINA campaign (http://bit.ly/3V5r9lo) to reach men at risk. “I’ve lived with HIV for 33 years, not only surviving but thriving, with a happy, virally suppressed life with my HIV-negative family. It is possible.”

Other key communities who need to hear this message include sex workers and their clients, men who have sex with men, people who inject drugs, and transgender people and their sexual partners. Combined, they accounted for 70% of HIV infections globally and 51% of new infections in sub-Saharan Africa, according to UNAIDS. These priority populations face barriers to access, ranging from stigma and education to language barriers, social injustice, criminalisation (especially in countries where homosexuality is illegal), and economic and transport issues that make it hard for people to get to clinics.

To overcome these challenges, the healthcare community needed to be innovative. “We must think outside the box to reach key populations, for example through moonlight or drop-in clinics” says Kambugu. “For instance, we successfully reached the remote fishing communities on Lake Victoria through drone-powered drug deliveries.”

Real hope of overcoming HIV/AIDS in our lifetime

Kambugu said the data proved that it was truly possible to reach epidemic control in our lifetime. “75% of all people living with HIV in Uganda have already reached viral suppression, it is possible in other countries too.” For context globally, according to a UNAIDS report 59% living with HIV have reached viral suppression, while South Africa as a whole has reach 89%, according to Health Minister Joe Phaahla.

To reach 100%, Kambugu believes Uganda needs to stop criminalising transactional and homosexual sex, so that these population groups can freely access HIV prevention and care. “We must adopt the spirit of Ubuntu, and build empathy into our policymaking.”

For hope to translate into results, Naidu believes better communication, more individualised models of care, and public-private collaborations must become the standard for all HIV prevention and care in Africa. Adding to this, Sangoh believes all governments in Africa should include sex education in the school curricula. “We need to work tirelessly against inequality and lack of knowledge on all fronts,” she said.

Distributed by APO Group on behalf of BroadReach Group.