in Business
Reading Time: 1 min read
A A
0 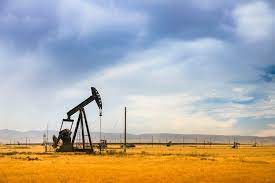 Oil prices rose in Asia on Friday after a week marked by worries about Chinese demand and haggling over a Western price cap on Russian oil, Reuters reports.

G7 and European Union diplomats have been discussing levels for a Russian price cap of between $65 and $70 a barrel, with the aim of limiting revenue to fund Moscow’s military offensive in Ukraine without disrupting global oil markets.

“The market considers (the price caps) too high which reduces the risk of Moscow retaliating,” ANZ Research analysts said in a note to clients.

Russian President Vladimir Putin has said Moscow will not supply oil and gas to any countries that join in imposing the price cap, which the Kremlin reiterated on Thursday.

Trading is expected to remain cautious ahead of an agreement on the price cap, due to come into effect on 5 December when an EU ban on Russian crude kicks off, and ahead of the next meeting of the Organization of the Petroleum Exporting Countries and allies, known as OPEC+, on 4 December.